President Yoon Suk-yeol apologized for the Itaewon crowd crush and grilled the police on its response.
In a meeting on ways to improve safety measures to prevent such tragic accidents,... he vowed to personally oversee an overhaul of systems.
Yoon Jung-min starts us off.

He vowed to double down on efforts to ensure no such accident happens again, for which he said the government will completely overhaul existing disaster and safety management systems, and take bold action to improve complicated "structural" issues.

"Fellow Koreans, our government will do its best to make Korea a safer place to live through the handling of this accident, a thorough investigation, and overall innovation in the safety management system. I, myself, will take care of it."

The meeting largely focused on how to better manage safety where there are large crowds, as well as the first response system.
And not just manuals and systems, but the President also stressed the need to properly detect a crisis and promptly report it, calling for more tailored safety rules for subways, malls, stadiums and concerts.

Among the government officials present at the meeting was the police chief, as the President grilled the police on its response.

"I don't understand why the police just stared at what was happening for four hours on site. They should have done something even if there was no 112 call. Can we really blame a lack of system here?"

Yoon signaled at the meeting a major reform in the way the police handle situations with such risks and promised to get to the bottom of the Itaewon incident and hold accountable those responsible for the major accident.
Yoon Jung-min, Arirang News. 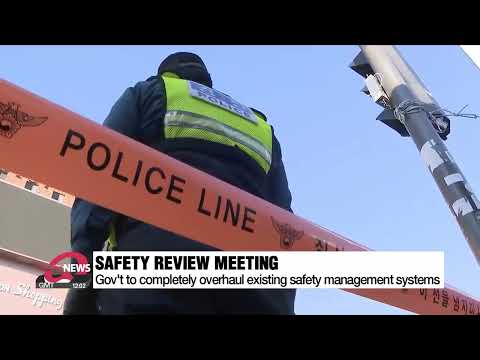