Will the ‘Great Resignation’ change the way we work? | The Stream

admin
In 2021 the world continued to confront the consequences of the Covid19 pandemic, including a ‘Great Resignation’ in which millions of people left their jobs. But as we start a new year, there are signs the phenomenon will continue into 2022, and maybe beyond.

In the first week of January, the US Bureau of Labor Statistics reported that 4.5 million workers willingly quit their jobs in November, a higher monthly figure than records already set in the preceding months of 2021.

The reasons for quitting or dropping out of the labour force vary across the US, but one of the top reasons? Lack of adequate childcare. Another concern is healthcare. According to one study, nearly half of low-wage and front-line workers said their pay and benefits were insufficient, while 41% said they felt burned out due to heavy workloads.

Some economists say that employers in 2021 struggled - and often failed - to tempt anxious staff to return to industries that have too often treated workers as dispensable.

The ‘Great Resignation’ is also being seen in Western Europe, while attitudes about work and what it means to be an employee are changing in parts of Asia.

In this episode we’ll explore why so many people are leaving their jobs, and what employers can, and should do, to improve the conditions of workers as the pandemic continues.

Will the ‘Great Resignation’ change the way we work? | The Stream 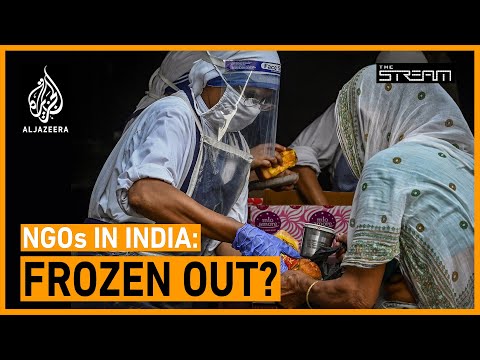 In 2021 the world continued to confront the consequences of the Covid19 pandemic, including a ‘Great Resignation’ in which millions of people left the...