Which NBA front office should you run Take our quiz to find out!

admin
Walk into an NBA front office in 2022, and you won't have to go far before you spot a treatise on management theory resting on a bookshelf. Concepts like organizational culture and asset management have taken hold. League executives devote a lot of thought into forming an identity for their basketball operations shops. The NBA might still be an exceptional business in which winners and losers are decided on a literal playing field, but it has never been more like other multibillion-dollar enterprises. Squint hard enough, and the cubicle farm in that NBA front office could just as easily be in Silicon Valley, if you got rid of the thundersticks and bobbleheads resting on the desks. The NBA's 30 front offices are every bit as stylistically diverse as the teams on the court. Some lead execs like to run set plays in a highly structured offense, while others prefer to read and react. The Oklahoma City Thunder's front office will pore over small details that would never enter the consciousness of the Boston Celtics, who think in terms of decades. The Los Angeles Lakers cherish tradition, whereas the Phoenix Suns are explicit in their distrust of it. Decisions big and small are made at the very top of the Miami Heat's organizational hierarchy, but in Golden State, consensus is built in a more collaborative process (though owner Joe Lacob is still the boss). Most fans, at one time or another, imagine how they'd perform the job of general manager of their favorite team. That exercise usually begins and ends with whom they would've drafted in the first round last week, or which deal they'd execute in ESPN's Trade Machine. But the high-profile transactions that dominate the chatter are just a small slice of the portfolio. The job isn't swashbuckler or dealmaker -- it's basketball CEO. Anyone interested in the job must be able to answer the following questions: What kind of people do you value in an organization? Apart from player salaries, where do you want to spend your finite budget? How much disagreement can you honestly tolerate? What's the best way to manage an unhappy superstar or temperamental owner? How do you assess risk? When the true, make-or-break-the-franchise decisions are on the line, how do you gather the information to make the call? Or is information overrated when you trust your gut instincts? That's where you come in! While you're waiting -- or doomscrolling -- for the next big signing or trade to drop, take our quiz. We've done the work for you, canvassing the league to come up with six teams that possess distinct managerial styles and principles: the Los Angeles Lakers, Miami Heat, Boston Celtics, Oklahoma City Thunder, Phoenix Suns and Golden State Warriors. So which front office should you run? Take our quiz to find out.

Which NBA front office should you run Take our quiz to find out! 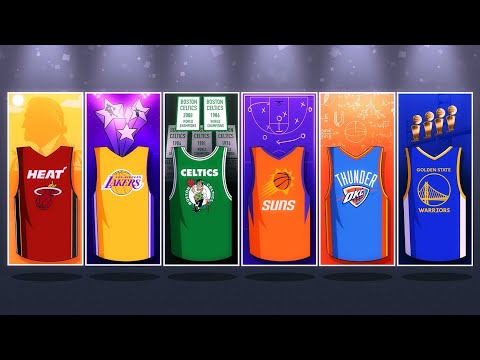 Walk into an NBA front office in 2022, and you won't have to go far before you spot a treatise on management theory resting on a bookshelf. Concepts l...