admin
DP Rodrigo Prieto on his use of "subjective cinematography" techniques to tell an emotionally resonant story.

Rodrigo Prieto is a DP (director of photography) you may have heard of, but chances are slim you’d be able to pin down his signature style. That’s because he is a cinematic chameleon, a master of versatility who can adapt to any director, genre, or style. In this Rodrigo Prieto interview collection, we let the man himself talk us through various topics including subjective cinematography, working with visionaries like Scorsese and Iñárritu, Ang Lee, and other iconic directors he pulls his inspiration from.

Subjective cinematography is nothing new and Rodrigo Prieto isn’t the first or last to embrace it. That being said, Prieto has seemingly perfected this type of subjectivity in the lenses he uses, the shots he chooses, and even the type of film stock. For example, he explains the choice to film with anamorphic lenses in Babel to create a shallow depth of field to visually communicate the isolation of a deaf character from the world around her.

In The Irishman cinematography, Rodrigo Prieto chose different film stocks for the different decades of the story. Specifically, Kodachrome for the ‘50s, Ektachrome for the ‘60s, and ENR for the ‘70s — all purposefully chosen to give the images the look and feel of those particular eras. In Argo, the three worlds of the film (Iran, Hollywood, CIA) were shot with different stocks, lenses, and stabilizers to give them each a distinct personality. And for the sci-fi film Passengers, the decision to shoot digital was motivated to create a pristine and futuristic image.

Prieto also discusses how his main source of inspiration comes from still photography. As part of his preparation for each project, he puts together a “lookbook” of images to help guide that project’s vision. For Silence, it was a combination of Baroque style of painting and Byōbu (Japanese screen art). For 8 Mile, it was a mural by Diego Rivera depicting industrial work in Detroit with its heavy green and orange hues that inspired that film’s lighting.

Whether it's his approach to subjective cinematography or his versatility when it comes to format, gear, lenses, and styles, Rodrigo Prieto is a director of photography worth keeping an eye on. Prieto reminds us just how important the cinematographer is to visual storytelling. To date, he’s been nominated for three Best Cinematography Oscars (Brokeback Mountain, Silence, The Irishman) but it’s only a matter of time before he nabs his first statue. 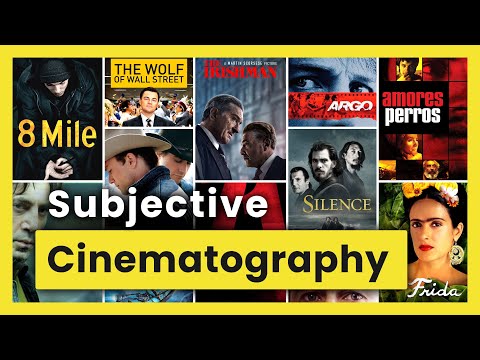