admin
Monogenic diabetes is a rare condition resulting from mutations (changes) in a single gene. In contrast, the most common types of diabetes—type 1 and type 2—are caused by multiple genes (and in type 2 diabetes, lifestyle factors such as obesity). Most cases of monogenic diabetes are inherited.

While there are several forms of monogenic diabetes, the two commonest forms are called Maturity Onset Diabetes of the Young (MODY) and Neonatal Diabetes. MODY affects children or youth, and family history of diabetes can be traced to three or more generations.

There are several subtypes of MODY, and many of these can be controlled with tablets. In such cases, insulin injections can be stopped, and the tablets often work better than insulin. Neonatal Diabetes affects children below 6 months of age and is due to genetic defects in pancreatic insulin secretion. These defects be corrected by giving antidiabetic tablets like sulfonylureas which are inexpensive.

In many cases, children with MODY and Neonatal Diabetes are wrongly diagnosed to have type 1 diabetes and prescribed lifelong insulin injections. By doing a simple genetic test, if monogenic diabetes forms which respond to tablets are diagnosed, such children may stop insulin and be treated with tablets. It’s like a miracle for them. 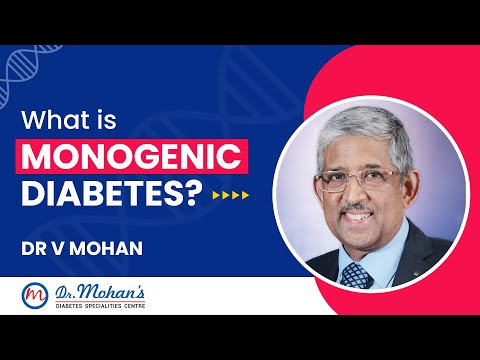 Monogenic diabetes is a rare condition resulting from mutations (changes) in a single gene. In contrast, the most common types of diabetes—type 1 and ...