Village Destroyed by Nearby Coal Mine | Last Moments

admin
For many in Aberfan, mining was their life, and unfortunately, it would also be their death.


"The Aberfan disaster was the catastrophic collapse of a colliery spoil tip on 21 October 1966. The tip had been created on a mountain slope above the Welsh village of Aberfan, near Merthyr Tydfil, and overlaid a natural spring. A period of heavy rain led to a build-up of water within the tip which caused it to suddenly slide downhill as a slurry, killing 116 children and 28 adults as it engulfed Pantglas Junior School and a row of houses. The tip was the responsibility of the National Coal Board (NCB), and the subsequent inquiry placed the blame for the disaster on the organisation and nine named employees.
There were seven spoil tips on the hills above Aberfan; Tip 7—the one that slipped onto the village—was begun in 1958 and, at the time of the disaster, was 111 feet (34 m) high. In contravention of the NCB's official procedures, the tip was partly based on ground from which water springs emerged. After three weeks of heavy rain the tip was saturated and approximately 140,000 cubic yards (110,000 m3) of spoil slipped down the side of the hill and onto the Pantglas area of the village. The main building hit was the local junior school, where lessons had just begun; 5 teachers and 109 children were killed in the school.
An official inquiry was chaired by Lord Justice Edmund Davies. The report placed the blame squarely on the NCB. The organisation's chairman, Lord Robens, was criticised for making misleading statements and for not providing clarity as to the NCB's knowledge of the presence of water springs on the hillside. Neither the NCB nor any of its employees were prosecuted and the organisation was not fined.
The Aberfan Disaster Memorial Fund (ADMF) was set up on the day of the disaster. It received nearly 88,000 contributions, totalling £1.75 million. The remaining tips were removed only after a lengthy fight by Aberfan residents, against resistance from the NCB and the government on the grounds of cost. Clearing was paid for by a government grant and a forced contribution of £150,000 taken from the memorial fund. In 1997 the British government paid back the £150,000 to the ADMF, and in 2007 the Welsh Government donated £1.5 million to the fund and £500,000 to the Aberfan Education Charity as recompense for the money wrongly taken. Many of the village's residents suffered medical problems, and half the survivors have experienced post-traumatic stress disorder at some time in their lives."

Village Destroyed by Nearby Coal Mine | Last Moments 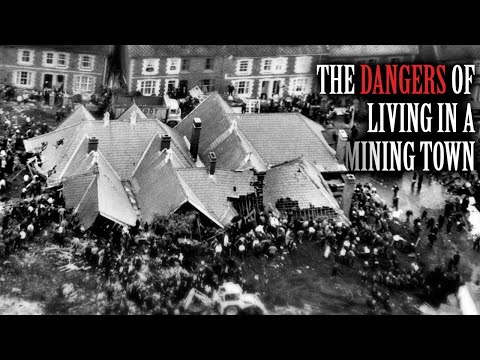 For many in Aberfan, mining was their life, and unfortunately, it would also be their death. "The Aberfan disaster was the catastrophic collapse ...