Uninvited: The Spread of Invasive Species

admin
DEC has teamed up with the visionaries at West Field Production Co. to bring you “Uninvited: The Spread of Invasive Species”. It tells the story of invasive species in NY and how DEC and our partners are tackling them.

One of the biggest ways you can help stop invasive species is by educating friends, family, and neighbors about the small choices they can make that have a big impact, such as:

Using local firewood
Cleaning, draining, and drying your watercraft and gear
Brushing mud and debris off your boots, gear, and pets

Find out more at: https://www.dec.ny.gov/animals/265.html


Uninvited was filmed in 2018. Invasive species move fast; Since the time of filming there have been some updates to the information provided in the film.

Spotted lanternfly
Since filming, spotted lanternfly has been found in Rockland and Orange counties, New York City, and Ithaca, New York. The NYS Department of Agriculture & Markets treated the Ithaca infestation in the fall of 2020. However, SLF was found again in Ithaca in September 2021. If you think you have seen spotted lanternfly, report your sighting here: https://agriculture.ny.gov/ReportSLF

Hemlock wooly adelgid
Since filming, hemlock woolly adelgid was discovered in the Lake George region of the Adirondack Park. DEC and partners are using a combination of chemical and biological control methods to attempt to slow its spread, and conserve hemlocks statewide. Learn more on NYS DEC’s webpage: https://www.dec.ny.gov/animals/7250.html

Uninvited: The Spread of Invasive Species 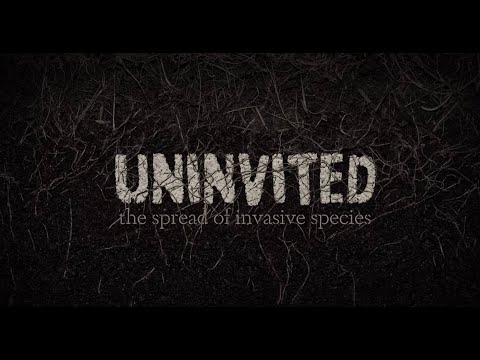 DEC has teamed up with the visionaries at West Field Production Co. to bring you “Uninvited: The Spread of Invasive Species”. It tells the story of in...