admin
All countries do constructions and they have a system of measurement of the works for uniformity and avoid problems during executions. Generally three most common types of measurements namely The Standard Methods of Measurements (SMM), The Civil Engineering Standard Method of Measurement – (CESMM) and The Principles of Measurements International(POMI).Usually countries tailor their conditions of Contract suit local practice based on these types of measurements.
The Standard Method of Measurement (SMM)
The Standard Method of Measurement(SMM) is published by the Royal Institute of Chartered Surveyors (RICS).It was first published in 1922,superseding a Scottish Standard Method of Measurement which was published in 1915.It is now its seventh edition (SMM7) which was first published in 1988 and revised in 1998.
SSM7 provides detailed information, classification and rules for measuring building works. It is important that there is a uniform basis for measuring building works in order to facilitate industry wide consistency and SMM7 provides detailed information, classification tables and rules for measuring provides benchmarking to encourage the adoption of best practice and to help avoid disputes.
SMM7 is typically used in the preparation of Bills of Quantities documents that provide measured quantities of the items of work identified by the drawings and specifications in tender documentation. Bills of quantities are issued to tenderers for them to prepare a price for carrying out works.
SMM7 is accompanied by the Code of Procedure for the Measurement of Building Works (the SMM7 Measurement Code). Whilst SMM7 can have a contractual status on a project (for example in the JCT Standard form of Building Contract), the Measurement Code is non-mandatory.
Work sections within SMM7 are classified according to the common arrangement of Works Sections (CAWS).CAWS creates a consistent arrangement of work sections and Bills of Quantities. It was first published in 1987 and was updated by the Construction Project Information Committee(CPIC) in 1998 to align it with the Unified Classification for the Construction Industry (Uniclass)
Phasing Out
SMM 7 has been replaced by the New Rules of Measurements volume 2 (NRM2) which was published in April 2012 by the RICS Quantity Surveying and Construction Professional group and became operative on 1 January 2013.SMM7 should not be adopted on projects after July 2013
NRM2 is accompanied by two additional volumes:
NRM2 NRM1: Order of cost estimating and cost planning for capital building works.
NRM3 : Order of cost estimating and cost planning for building maintenance works
It is suggested by the RICS that together, the new suite of documents will better reflect the way the industry now works:
The Civil Engineering Standard of Measurement (CESMM)
The Civil Engineering Standard Method of Measurement – CESMM – has been well established for over 20 years as the standard for the preparation of bills of quantities in civil engineering work. This much anticipated fourth edition, CESMM4, brings the method into line with changes in industry practices and extends its usages into all new areas. This is produced by the Institution of Civil Engineers. The Civil Engineering Standard Method of Measurement (CESMM) was first introduced in 1976 and its latest fourth edition was published in April 2012.

The object of CESMM is to set out the procedure to which a Bill of Quantities should be prepared and priced and the quantities of work expressed and measured. The fourth edition brings the method into line with changes in industry practices and extends its usages into some new areas.
Principles of Measurement (International) For Works of Construction JUNE 1979 (POMI)

Published by RICS Business Services Limited, a wholly owned subsidiary of The Royal Institution of Chartered Surveyors, under the RICS Books imprint, Surveyor Court Westwood Business Park Coventry, CV4 8JE UK. The use of bills of quantities is a well-established means of enabling the financial control and management of building works. The key to the success of the use of bills of quantities is a clear understanding by all parties to the contract of what is included, or excluded, in the measurement. It is this that gives rise to the requirement for clearly defined standard methods of measurement. Since these principles of measurement were first issued in 1979, many countries have developed their own more detailed standard methods. 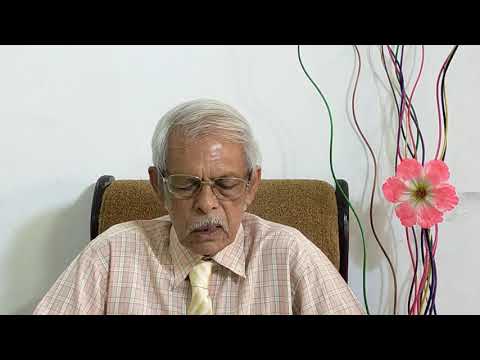 All countries do constructions and they have a system of measurement of the works for uniformity and avoid problems during executions. Generally three...