admin
https://cppcon.org/
https://github.com/CppCon/CppCon2020
---
Complete type-and-resource safety have been an ideal (aim) of C++ from very early on (1979) and is achievable though a judicious programming technique enforced by language rules and static analysis. The basic model for achieving that was documented in 2014 and does not imply limitations of what can be expressed or run-time overheads compared to traditional C and C++ programming techniques.

Experience shows that this cannot be achieved without static analysis and minimal run-time support. For fundamental reasons this cannot be done even with such support if arbitrary legal language constructs are accepted while conventional good performance must be maintained.

The way out of this dilemma is a carefully crafted set of programming rules supported by library facilities and enforced by static analysis.

This presentation is based on the C++ Core Guidelines and their enforcement rules (e.g., as implemented by the Core Guidelines checker distributed with Microsoft Visual Studio). That is, the points made here are backed up by specific rules and supported by existing software.

Bjarne Stroustrup is the designer and original implementer of C++ as well as the author of The C++ Programming Language (Fourth Edition), A Tour of C++ (Second edition), Programming: Principles and Practice using C++ (Second Edition), and many popular and academic publications. Dr. Stroustrup is a Technical Fellow and a Managing Director in the technology division of Morgan Stanley in New York City as well as a visiting professor at Columbia University. He is a member of the US National Academy of Engineering, and an IEEE, ACM, and CHM fellow. He received the 2018 Charles Stark Draper Prize, the IEEE Computer Society's 2018 Computer Pioneer Award, and the 2017 IET Faraday Medal. His research interests include distributed systems, design, programming techniques, software development tools, and programming languages. He is actively involved in the ISO standardization of C++. He holds a masters in Mathematics from Aarhus University, where he is an honorary professor, and a PhD in Computer Science from Cambridge University, where he is an honorary fellow of Churchill College. Personal website: www.Stroustrup.com. 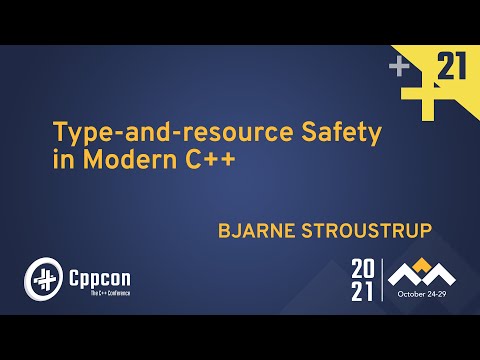