admin
Two-dimensional leadership styles are four possible leadership styles. In 1945, the Personnel Research Board of The Ohio State University began a study to determine effective leadership styles. In the process, researchers developed an instrument known as the Leader Behavior Description Questionnaire (LBDQ). Respondents to the questionnaire perceived leaders’ behavior on two distinct dimensions. Structuring—the extent to which the leader takes charge to plan, organize, lead, and control as the employee performs the task. This dimension focuses on getting the job done.

Consideration—the extent to which the leader communicates to develop trust, friendship, support, and respect. This dimension focuses on developing relationships with employees. At approximately the same time as The Ohio State University studies began, the University of Michigan’s Survey Research Center initiated its own leadership studies. This research identified the same two dimensions, or styles, of leadership behavior as the Ohio research. However, the Michigan researchers called the two styles job centered and employee centered.

When interacting with employees, the manager can focus on getting the job done through directing (structuring, or job-centered behavior) and/or through developing supportive relationships (consideration, or employee-centered behavior). The Ohio State and University of Michigan leadership models are different in that Michigan places the two leadership behaviors at opposite ends of the same continuum, making it one-dimensional with two styles. The Ohio State University model considers the two behaviors independent of one another. 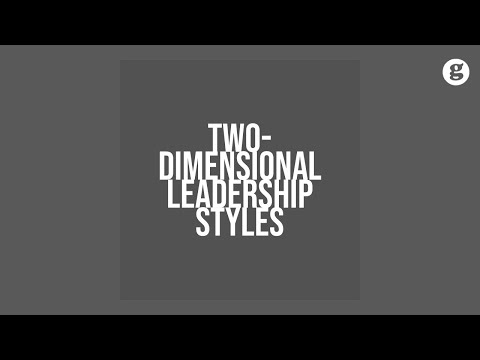