The Honda NSX Type-R is One of the Best Driver’s Cars Ever Made — BTS with DTS — Ep. 8

admin
When it was introduced, the Honda NSX was the most expensive, exotic Japanese production car ever. More expensive and exotic still was the NSX Type-R, a Japan-only edition of 500 cars which received a full complement of all the tuning tricks that every driving enthusiast hopes for: less weight, upgraded suspension, a more responsive powertrain, grippier footwear, and the added bonus of shorter gearing. The changes appear to be relatively incremental, but together, they transform the driving experience. They give the car a hard edge that makes it a sensational driver’s car, in much the same way that a Porsche 911 Carrera RS or Ferrari 360 Challenge Stradale exists on a different level from the standard production cars on which they’re based.

In this video, Derek Tam-Scott discusses the development of the NSX, giving context to a car that was so effective at changing the landscape that we tend to take its existence for granted. He also describes what makes the NSX Type-R so special, not just in terms of changes from the standard NSX, but the experience of driving it. Spoiler alert: it’s magic.

BTS (behind the scenes) with DTS:

Derek Tam-Scott’s spirit age is excess of 75 years old, and nowhere is that clearer than his taste in cars. At age 16, he went to work at one of the United States' foremost vintage car dealers, which cemented his elderly taste. Now with a decade and a half’s experience buying, selling, driving, and brokering classic and exotic cars, he’s experienced many of the world’s most iconic cars. And even liked some of them.

Most of the car enthusiasts of Derek’s generation (and well, let’s be honest, even a generation or two before him) don’t have much experience with the magic of vintage cars prior to the 1980s, and therefore lack the knowledge and exposure to get genuinely excited about them. The goal of BTS is to give an insider’s perspective on why these cars particularly are great...or at least interesting and noteworthy. Derek brings his encyclopedic knowledge and broad experience together to contextualize these cars to give the audience understanding of both why it matters, and what it’s actually like to experience the cars.

ISSIMI is an enthusiast-owned, full-service specialist offering sales, consignment, collection management, service, and consulting to discerning enthusiasts and collectors. Specializing in complex transactions that include international services for exceptional cars, ISSIMI’s San Francisco Bay Area and Europe-based teams of experts pride themselves on transparency and knowledge.

The Honda NSX Type-R is One of the Best Driver’s Cars Ever Made — BTS with DTS — Ep. 8 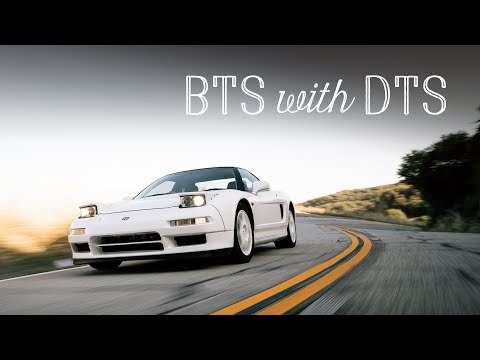 When it was introduced, the Honda NSX was the most expensive, exotic Japanese production car ever. More expensive and exotic still was the NSX Type-R,...