admin
A history documentary on the Gangs of Rome! You can claim your own turf with Established Titles! Go to https://establishedtitles.com/INVICTA10 and help support the channel. They are now running a massive sale, plus 10% off on any purchase with code INVICTA10.

While Rome was famed for establishing Law and Order across its Empire, in reality imperial authority did not extend very deeply into society. Thus in the power vacuums of antiquity, "unofficial" groups moved in to fill the void. In this history documentary we cover the gangs of Rome which occupied the political, religious, economic, sports, and military aspects of society.

The first section explores Roman Law and Order to establish a baseline for between the official and unoffical powers. We then look at the clientela and collegia which operated in the political sphere and how these gangs famously came to blows in the late Republic. We then turn to religion where various cults were seen as secret cabals working the shadows. Next we look at the publicani of the economic sphere, the chariot factions of the sports sphere, and finally the various groups in the military sphere. 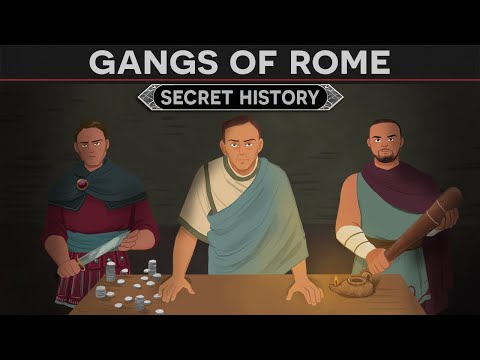 A history documentary on the Gangs of Rome! You can claim your own turf with Established Titles! Go to https://establishedtitles.com/INVICTA10 and hel...