In this video Suze shares ways to fix your money issues, Suze Orman shares a lot of helpful tips starting with "Money cannot do anything without you" then leading you to the main three emotions that cause you to spend more money, listen in and find out.

Suze Orman has been called “America’s Favorite Financial Advisor” by The New York Times,
and “a force in the world of personal finance” and a “one-woman financial advice powerhouse”
by USA Today.

She has written ten consecutive New York Times Bestselling books, and today is best known as the host of the popular “ Women & Money” podcast. As a writer/producer and one of the top motivational speakers in the world, Suze Orman is undeniably America’s most recognized expert on Personal Finance.

In addition to being A two-time EMMY Award winner, Suze is also the single most successful fundraiser in the history of Public Television, having raised over $ 200 Million Dollars for PBS.

Orman has received an unprecedented eight Gracie Awards, which recognize the nation’s best
Radio, television, and cable programming by, for, and about women. Twice named to the TIME 100 and ranked among the World’s 100 Most Powerful Women by Forbes and Barron’s magazine.

Orman was the host of the top-rated “Suze Orman Show” on CNBC for 13 years and a contributing editor to O: The Oprah Magazine for 16 years.

Suze says her true claim to fame was being spoofed on Saturday Night Live over and over again!

Recognizing her contributions to financial education, Orman received an Honorary Doctor of Commercial Science degree from Bentley University and an honorary Doctor of Humane Letters degree from the University of Illinois. She also received the National Equality Award from the Human Rights Campaign as well as the Vito Russo Award from GLAAD.
Most recently, Suze has co-founded SecureSave.com - the employee emergency fund saving solution.

Suze continues to bring her inspirational message of taking control of one's financial life to audiences worldwide. It is a message borne from experience. Orman grew up on the South Side of Chicago, worked her way through college earning a bachelor's degree in social work at the University of Illinois, and at the age of 30 was still a waitress making $400 a month.

***MY FAVORITE BROKER***
Use this link to get a free stock like Amazon or Apple once you fund your account: robinhood.c3me6x.net/b4Dkb

***NEED CASH TO INVEST? LEARN HOW TO MAKE MONEY ONLINE*** 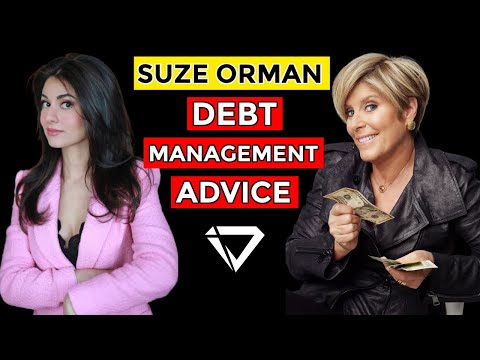