Songs That Changed Music: Queen - Another One Bites The Dust

From its inception in the early seventies, Queen was known for its ability to transform itself and bring together diverse and eclectic soundworlds. From glam rock to soul, rhythm and blues to opera - nothing seemed off limits. In 1980, they proved that again, combining the hottest sounds of disco with their signature classic rock sound, they created a track that would captivate generation of musicians and listeners alike -- “Another One Bites the Dust”

The album was released on June 30, 1980, and “Another One Bites the Dust” followed as a single on August 22 that same year. The sound of the song was a drastic departure for them. The band credits Michael Jackson for encouraging them to release it as a single. Mercury explained: “John introduced this riff to us during rehearsal that we all immediately thought of disco, which was very popular at the time. We worked it out and once it was ready, played it for Michael. I knew we had a hit as he bobbed his head up and down. ‘That's it, that's the gravy. Release it and it will top the charts,’ he said. So we did and it did.”

Topping the charts was just the start. It hit the number one spot in the US, Canada, Spain, and Israel, and the top ten in the UK, Switzerland, New Zealand, South Africa, Ireland, Germany, Belgium, Australia and Austria. It even hit number two on the US Billboard Hot Disco Singles Chart and the Hot Soul Singles Chart. It spent 15 weeks in the Billboard top 10 in 1980 - the longest running hit single of the year, and in 2012, was credited as the band’s top selling single with over 7 million copies sold. It won an American Music Award for Favorite Rock Single and a Grammy Nomination for best Rock Performance by a Duo or Group with Vocal.

But the song has inspired so much more than that - it has been constantly covered and sampled, as well as appeared in TV shows, commercials and movies, and like “We Will Rock You” and “We are the Champions” it has also become a popular song for major sporting event, each time continually reintroducing the song to new generations of listeners. In its fusion of some of the biggest sounds of the era (disco and classic rock) it somehow managed to create an almost timeless sound, and establish its impressive legacy in the history of popular music.

Produce Like A Pro is a website which features great tips to help the beginning recordist make incredible sounding home recordings on a budget.

Songs That Changed Music: Queen - Another One Bites The Dust 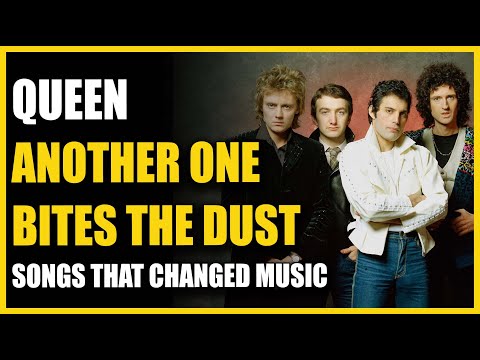 ➡️➡️Learn more about Another One Bites The Dust here: https://producelikeapro.com/blog/queen-another-one-bites-the-dust/ ➡️➡️Check out the Produce Lik...