admin
Join Fire Chief Christopher Bowcock and Firefighter Paul Rushton of Burnaby City Fire Department, and Lieutenant Kevin Tomyk of Vancouver Fire and Rescue Services, with Chief Keys, to get an inside look into how their departments take steps to reduce carcinogen exposure and manage issued PPE.

What You Can Expect To Learn:
Comparisons between having spare PPE vs. a 2nd set of gear
In house decontamination steps
Ways to reduce carcinogen exposure
Proper steps during on-scene decon for gloves and SCBAs
Policy changes due to recent protests
Tactics for de-escalation training

About Our Guests:
Fire Chief Christopher Bowcock started his career within the fire service in 1994 at the City of Burnaby Local 323 Department. He’s spent time as the spokesperson for the City of Barnaby, specializing in community risk and hazard, was the Union-Management Liaison for the development of Fire Departments, and is the past director of Burnaby Municipal Benefit Society. Currently, he is the lead member of the department’s COVID-19 Task Force and the designated leader for the Trans Mountain Expansion project.

Lieutenant Kevin Tomyk of Vancouver Fire and Rescue Services, began his firefighting career in 2003. He is currently stationed at the Rehab and Decon unit department hall where he is an active safety committee member for both the department and the provincial association. Lieutenant Tomyk is also an elected officer for Local 18 Vancouver Firefighters, and a proud board member of the Honour Guard.

Paul Rushton has been a firefighter with the City of Burnaby Local 323 Department for the last 20 years. He’s currently the chairman of the Burnaby Fire Department OHS Committee, has held a variety of positions on the Burnaby Firefighters Local 323 Union Executive, is a member of the Central City Safety Committee, and has served as the director on the Burnaby Municipal Benefit Society representing Fire Local 323. Paul is a certified Fire Investigator for the Province of British Columbia and is most recently the Union Occupational Health and Safety representative for the City of Burnaby Local 323 COVID-19 Task Force.


Learn more about Fire-Dex products and services by visiting, www.firedex.com 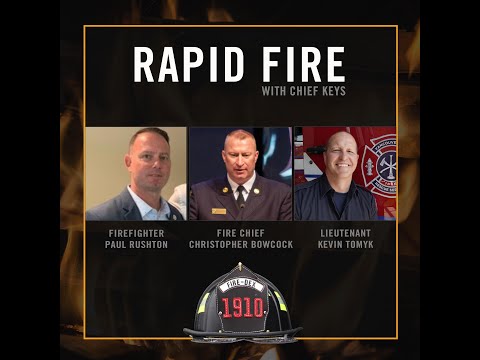