admin
NOTE FROM TED: TEDx events are independently organized by volunteers. The guidelines we give TEDx organizers are described in more detail here: http://storage.ted.com/tedx/manuals/tedx_content_guidelines.pdf

The past two years have been trying times for individuals as they cope with the daily struggles of the pandemic. This has also been a trying time for local governments. This presentation looks at the steps the City of Dublin, Ohio took to not only survive during the pandemic but to thrive. Dana L. McDaniel became the City of Dublin’s fifth city manager on January 31, 2015. As city manager, he serves as the chief administrative and law enforcement officer and is responsible to City Council for the day-to-day operations of the City. McDaniel has been employed by the City for 32 years. He has served in various roles, including management assistant to the city manager, director of service, deputy city manager/director of economic development and director of development. Prior to starting his career in Dublin, he served as an intern in both the Cities of Lebanon and Gahanna, Ohio.

McDaniel served with the City of Dublin during a time of rapid growth and expansion. As the City’s first director of service, he led the establishment of a service department that was one of only nine in North America to be accredited by the American Public Works Association.

McDaniel was instrumental in the development of Dublink, Dublin’s state-of-the-art broadband fiber-optic network. He is co-founder of the Central Ohio Research Network and helped create the Dublin Entrepreneurial Center, which currently houses more than 50 start-up companies. McDaniel oversaw the expansion of economic development programming resulting in the attraction, retention, and expansion of more than 14,000 jobs.

In 2018, McDaniel was recognized by the Asian-American Commerce Group as the Government Leader of the Year for his efforts in increasing the visibility of Asian-Americans. McDaniel also received the 2018 C-Suite award from Columbus Business First as one of the most admired executives in Columbus in the category of Institutions. This award acknowledged McDaniel among the region’s most-accomplished business leaders, “inspiring and encouraging others in the community with his integrity and excellence”.

In 2016, he was recognized by the Ohio State University Alumni Association for Outstanding Public Service. Five years earlier, he was awarded the Outstanding Alumnus Award from The Ohio State University John Glenn School of Public Affairs. In 2013, McDaniel was honored with a lifetime achievement award by the Intelligent Community Forum. The Dublin Chamber of Commerce recognized him with its President’s Award in 2014 for his dedication to the Dublin Chamber and its business community. This talk was given at a TEDx event using the TED conference format but independently organized by a local community. Learn more at https://www.ted.com/tedx 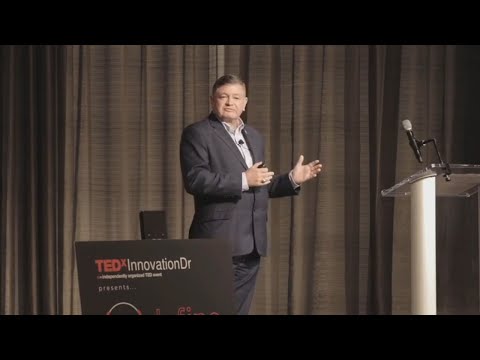 NOTE FROM TED: TEDx events are independently organized by volunteers. The guidelines we give TEDx organizers are described in more detail here: http:/...