admin
RackN was founded to solve the complexities and challenges in physical infrastructure automation with a software platform that creates a decentralized control plane to enable IT teams to maintain distributed, multi-vendor operations with consistent control.

One of their flagship tools is the RackN Digital Rebar, which creates reusable, standardized processes for platform and infrastructure teams, enabling both self-management and control at scale.

V4.8 of Digital Rebar is now available and is, according to Rob Hirschfeld, co-founder and CEO of RackN, a significant addition to the Digital Rebar release cycle. The new release introduces infrastructure pipelines as a formalized concept, which includes concepts for clusters as a standalone infrastructure pipeline, as well as target and resource brokers as an infrastructure pipeline target. Hirschfeld explains, "Not only can we run an ongoing Day 2 life cycle against machines of multiple types, we can actually pull them together as clusters and then manage the life cycle of a cluster as a separate entity." This allows RackN to have these critical abstraction points for massive deployments at scale.

The use cases for Digital Rebar include customers who want to run their own infrastructure, their own automation and are very protective of their data, secrets, and identities. They have customers in the financial, telco, service provider, media, and game sectors, as well as companies working with CI/CD.

As to the next release of Digital Rebar, Hirschfeld says of the items on their roadmap "SAML integration, enhanced single sign-on, and our ability to use external secrets. So attached to customers existing external secret vaults so they do not have to store information in digital rebar." Hirschfeld adds, "Both of those point to how an enterprise product is part of an environment and actually needs to not just do the work that it has to do, but be a good citizen within an IT environment and I'm proud of how much work we've done adding that also into this release." 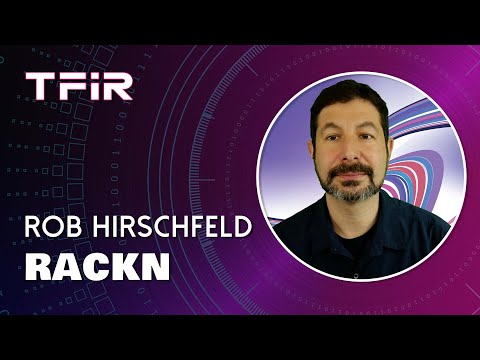 RackN was founded to solve the complexities and challenges in physical infrastructure automation with a software platform that creates a decentralized...