admin
Pakistan, the country is oftenly in the news for one thing or another. But in the recent times the country has been a topic of discussion because of its rising debt and declining economic growth.
At the time of its independence in 1947, Pakistan was a very poor and predominantly agricultural country. After independence Pakistan took a number of steps to restructure its agricultural industry in order to boost output and exports. In the 1950s the government started to focus on industrialization. For that they adopted the Soviet Era five year planning model. In the sixties Pakistan's average annual GDP growth rate was 6.8%, which was good considering for that time. But this growth didn't last for a long period. Country suffered from a devastated economy, high rate of inflation, and stagnant agriculture and industrial sector. In addition, the country shifted its economic strategy toward nationalization which again impacted private investment in the economy. Yet in the 80s due to slower economic growth nationalization policy was reversed and the country saw a slight economic growth. Also in this time period the country's remittance income increased drastically.
However, this growth also didn't last as remittance declined in 1990, the government deficit increased, and GDP growth declined. Simultaneously debt to GDP ratio was increasing, and the country started to feel the heat of the rising debt.
So the question, Is Pakistan in a debt trap?
Well the answer is yes. The fact is that Pakistan’s external debt continues to accumulate, and they have to borrow more dollars to repay old loans, which, you may call it as debt trap. In this graph you can see how Pakistan's external debt has risen over the years and it has shot up from 2015 to nearly double. If you look at the last 2 years of financial data then Pakistan’s public debt went past 87% of GDP at the end of 2019-20, up from about 72% of GDP at the end of 2017-18. Data released by the State Bank of Pakistan reveals that the current government paid $11.895 billion in external public debt servicing during 2019-20. This is a huge amount of money that could have been used for other activities such as education and health services and for other activities. Country is also unable to increase its exports, which remain stuck at $23-24 billion a year. This reduces the foreign reserves of the country, as they imports more than they export. And also it increases the reliance of remittance money for its foreign reserves.
Over the years Pakistan has obtained loans from international institutions such as IMF, Asian Development Bank, World Bank and countries such as Saudi Arabia, UAE and china. Perhaps the most worrying thing for Pakistan is its increasing dependence on Chinese loans through the China Pakistan economic corridor or CPEC project in the country. The CPEC is part of China's belt and road initiative, which is aiming to connect Europe and Africa to the Chinese mainland. And CPEC is considered an important part of this project, as it reduces China's dependency from traveling through Strait of Malacca. Coming back to CPEC, as I have said before, its a multi billion dollar project, aiming to develop the Pakistan infrastructure like ports, roads, railway, and power generation projects. In 2020 these projects were worth more than $62 billion. Even with this massive investment adequate job creation has not been created. And major work is done by Chinese workers and not Pakistani's. In recent years many countries including the US and many other think tanks have worried about China's BRI projects. Because it has been observed that many countries who accepted these projects are being pushed in debt trap. Like Sri Lanka, Tajikistan, countries in Africa, and Pakistan are not exceptional. Pakistan has already given China exclusive rights, coupled with a tax holiday, to run Gwadar port for the next 40 years.
But everything is not so bad. Country still has a good chance for growth. You see, Pakistan has a massive population with the average age of its citizens being just 22 years. This gives Pakistan advantage in demographic dividend. This growing population will help the country to improve its productivity and consumer sector. Already Pakistan has a growing middle class which could grow beyond 100 million in 2025. So it is easy for a county to capitalize itself from the growing middle class. This country has another advantage in its rising cash flow from its remittance. Even though it acts like a brain drain for the country in the long term but in the short term it is beneficial.
So in the end we can say that Pakistan still has not missed the train of opportunities. With the deep structural reforms Pakistan could come out of this debt trap and move forward towards economic prosperity. 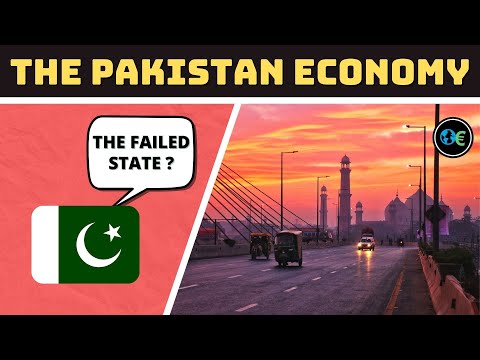 Pakistan, the country is oftenly in the news for one thing or another. But in the recent times the country has been a topic of discussion because of i...