Chart a course across a multitude of cube-shaped planets throughout outer space awaiting an explorer to quell galactic giants and restore order. Collect nearly 100 different crafting materials to build efficient and automated bases over six randomly generated planet types, and expand your cosmic reach. Flex planning and project-management skills with more than nine million combinations of schematics and tools capable of creating contraptions like farms, factories, weapons, and tele porters.

After six sinister cubic colossi culled the majority of intelligent life, survival for those remaining is not guaranteed. Discover over 60 quests across three story acts called Ages; each concluding with world-altering cosmic events. Soar through the main questline, turn the terrible titans into stardust, develop bigger and better inventions, and go where no cubi-naut has gone before outside the visible universe… the Outerverse.

"Bringing a fan favourite genre into the stars is something that excites me as a player even more than a developer,” said sole developer Tbjbu2. “The open ended building possibilities, the dramatic set pieces of cosmic events, towering alien monsters… I need to finish sooner than later so I can finally start playing the game myself!”

Outerverse is available now on Windows PC via Steam Early Access in English with more language support planned for the future. 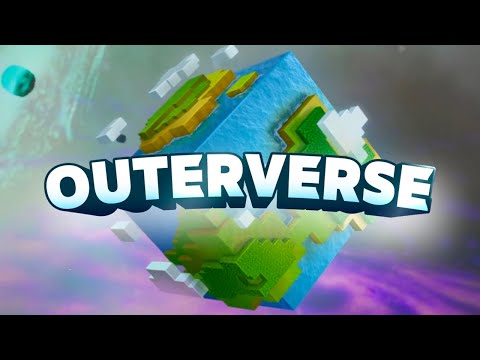