In a case challenging the continuing restrictions on public entry at Markaz Nizamuddin, Delhi Police has filed an application before the High Court urging it to direct the Waqf Board and Banglewali Masjid's management to produce details regarding the ownership of land and building plan approved for construction of the mosque situated at Basti Nizamuddin.
Deputy Commissioner of Police Rohit Meena in the application has also asked the court to direct the Delhi Waqf Board and mosque management to produce the copy of sanction plan in relation to Banglewali Masjid.


"In the alternative, the Municipal Corporation of Delhi may be directed to produce the plan which it has sanctioned for property situated at Plot No. 168A, Basti Hazrat Nizamuddin," Meena said in the application moved through central government counsel Rajat Nair.

The police has further asked the court to direct production of any notices issued by the Municipal Corporation of Delhi on any violation in the building plan or any illegal construction at Banglewali Masjid. It also wants the court to ascertain whether any action has been taken in relation to the notices.


One of the prayers in the application also is that a report be sought whether Markaz Building is safe and secure in terms of structural stability and other safety norms.

Pertinently, the application has been moved in a petition filed by Delhi Waqf Board in 2021 challenging the restrictions imposed on public entry at Masjid Bangley Wali, Madrasa Kashif-ul-Uloom and the attached hostel, in connection with a case registered in 2020 for alleged violation of COVID-19 guidelines by the markaz management.


The matter was listed for hearing today. Due to unavailability of a counsel, the case was adjourned to November 28.

While the madrasa and the hostel have continued to remain closed since the premises were kept "under lock and key" by the police in March 2020, the public has been allowed to offer prayers at the mosque in pursuance of the orders passed by the high court.

In March this year, the court had permitted holding of prayer on five floors of the mosque during the month of Ramzan. In May, the high court permitted the mosque management to allow public entry beyond the month of Ramzan, for the first time since March 2020. Justice Jasmeet Singh had questioned police's argument for not permitting the prayers on all floors.

The police in its written reply has earlier challenged the maintainability of the plea.

In the fresh application, the police has submitted that neither the Waqf Board nor the mosque management, which is an applicant in the case, have produced any document to prove the that the property in Basti Hazrat Nizamuddin is a waqf property registered under the provisions of Waqf Act and that it has been vested with the management, which is registered as a mutawalli or under any other capacity.

Contending that the Waqf Board cannot maintain a "petition to claim possession" of an "alleged waqf property" which has been legally given to any mutawali for admission and possession, the police has said that only upon termination of mutawali as per provisions of the law, the board can regain any right of direct management.

"It has also not produced the register as contemplated under Section 37 of the Waqf Act, inter-alia, giving the name of the mutawalli or his successor to the said property," the application states.

The police has further said it had sought documents from the Delhi Waqf Board to ascertain as to who is the "rightful possessor" of the Masjid Banglewali but no response has been received till date. Accordingly, the police has said that it has made prayers for production of the documents. 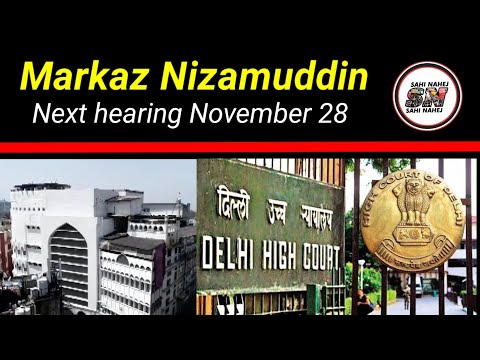