The Namibian Broadcasting Corporation (NBC) management this week was questioned about the working relationship with its employees by the parliamentary Standing committee on Human Resources development, describing the relationship as toxic and the staff morale as being at an all-time low.

Committee member, Maximillant Katjimuine, stated there is a disconnect between management and the employees on the ground.

"Infact, one can say, the working relationship has become so toxic that perhaps we must deploy psychologists and social workers to the NBC," remarked Katjimuine.

Similarly, another committee member, Elma Dienda called the relationship between NBC management and its employees as toxic.

"There is no working relationship amongst you. Apparently you are going to Keetmanshoop and buying Kentucky while the office is just in front of Kentucky. You don't even go to them and greet them, that is what they (employees) are saying. Things are so toxic that you don't even have that humanity amongst you to come down to your workers," Dienda told NBC Director General, Stanley Similo.

Tjekero Tweya, also a committee member, asked the NBC management to explain deductions made from employees salaries according to the no work no pay agreement, some of which amounted to N$50 000.

NBC management in response stated that many of the broadcaster's challenges are due to lack of funding stating that NBC cannot sustainably run profitably on its total revenue of N$ 325 million.

NBC board chairperson Lazarus Jacobs explained that 60 percent of their expenditure is staff overheads.

"You cannot run a business like that but we understand that this is a government company. So now because we have these large overheads in terms of running the business we have to compromise somewhere. We did an academic exercise and say from the income that we have right now, both from what we generate and from the government, how many employees do we really need to run the organisation effectively and profitably," said NBC board Chairperson Lazarus Jacobs explained to the Committee.

During the strike last year, NBC employees with NAPWU marched to the parliament building to hand over a petition to the Prime Minister calling out its management for poor corporate governance.

The employees questioned the reluctance of Ministries of Finance to hold NBC broadcaster's management accountable. 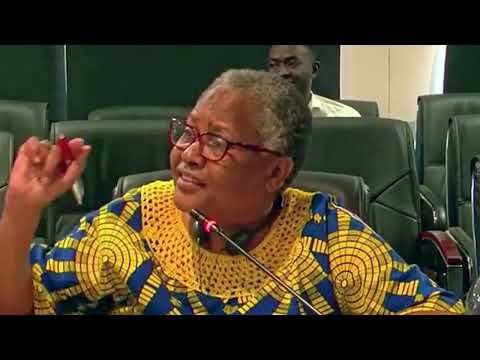 By: Selma Taapopi The Namibian Broadcasting Corporation (NBC) management this week was questioned about the working relationship with its employees by...