admin
LBSNAA Motivational Video | On the way to LBSNAA


The Lal Bahadur Shastri National Academy of Administration (LBSNAA) is a civil service training institute on public policy and public administration in India. The academy's main purpose is to train civil servants of the IAS cadre and also conduct the Civil Service Foundation Programme of Group-A Central Civil Services. After completion of training, the trainee officers of IAS cadre are awarded an MA (Public Management) from Jawaharlal Nehru University, Delhi. It has been functioning under the Ministry of Personnel, Public Grievances and Pensions since 1985. In India, most officers of the premier civil services of the country are selected through competitive Civil Services Examinations administered by the Union Public Service Commission. Applicants who are accepted attend LBSNAA for a four-month Foundation Course. In this course, the feeling of "equality" among all the trainees is introduced. Lal Bahadur Shastri National Academy of Administration at Mussoorie After this, officers of the Indian Administrative Service continue their professional training at the academy, while officers of other services proceed to respective staff colleges, such as the Sardar Vallabhbhai Patel National Police Academy in Hyderabad for Indian Police Service officers and the Indira Gandhi National Forest Academy in Dehradun for Indian Forest Service officers. Group-A Central Services officers proceed to their own staff colleges such as Foreign Service Institute, India for Indian Foreign Service officers, National Academy of Customs Indirect Taxes and Narcotics for Indian Revenue Service officers, etc. The academy also began conducting Mid Career Training Programmes for officers of the Indian Administrative Service in 2007. Officers with about 15 years' service who are due to become Joint Secretaries undergo the Phase IV Mid Career Training Programme, while officers with about eight years' service undergo the Phase III Mid Career Training Programme. The academy also conducts a number of short-duration training programmes in various aspects of governance and public administration. The academy is assisted in research in areas of governance and public administration by a number of research centres, some of them having an autonomous status. The most important research centre of the academy is the National Institute of Administrative Research headed by an Executive Director. The academy also has the Center for Disaster Management, the Centre for Rural Studies, the Gender Centre, and the Centre for Rural Credit. #OnthewaytoLBSNAA #LBSNAAMussoorie #IASTraining 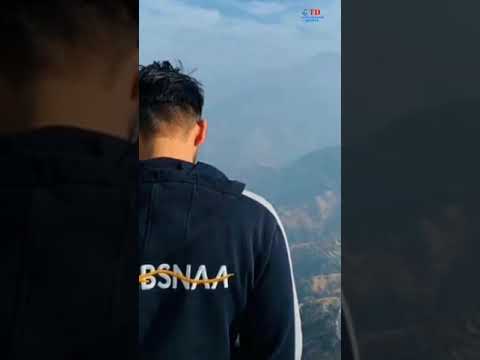 LBSNAA Motivational Video | On the way to LBSNAA The Lal Bahadur Shastri National Academy of Administration (LBSNAA) is a civil service training insti...