Info ON Blakely Factor:
The discussion was over the "Blakely Factors". Blakely is when the prosecution wants an enhanced (greater) sentence than the normal sentencing guidelines.
There are TWO Blakely factors submitted by the state:
1- Defendant posed greater than normal dangers to other people as she fired into the vehicle
2 - Potter abused her position of authority as a license police officer in full uniform.
State says defense agreed to have a "unitary" trial, meaning the jury would also hear about the Blakely factors. Defense said they never agreed to that and they want a "bifurcated" trial. Judge grants that. This means:
Bifurcated means to separate this issue from the guilt phase and the JUDGE will decide on the Blakely factors when/if there is a conviction and will solely be up to a judge to determine if the sentence will be enhanced.

MOTIONS:
Potter prosecutors filed two motions today after the problematic testimony from Mychal Johnson on Friday.
1 - Motion to keep defense from eliciting expert testimony from non-experts. (remember Johnson testified deadly force would have been justified)
2- Motion to permit State to elicit testimony related to union membership (Potter was Union president at one time) for the purpose of establishing possible bias in various law enforcement witnesses

Charges: Note: Both prosecutors and defense agree the shooting was an accident but prosecutors say her actions were criminally negligent.
* First-degree manslaughter (added in Sept.) - “recklessly” used a firearm - causing Wright’s death. - Up to 15 yrs in prison - In Minnesota, a person can be convicted of first-degree manslaughter if they cause the death of another while also committing a misdemeanor — in this case, reckless handling of a firearm.
* Second-degree manslaughter - requires that prosecutors prove only that the defendant acted with "culpable negligence" as the defendant consciously took actions that created an "unreasonable risk" of causing death or great bodily harm. - Up to 10 yrs in prison

Former police officer Kimberly Ann Potter, 49, stands trial for killing Daunte Wright, 20, in a disastrous traffic stop. Potter’s attorney has also said that she will testify. You can watch jury selection in the player above. Opening statements are scheduled for Wednesday, Dec. 8.

There is no dispute that Potter fired her gun. The question is whether Potter’s actions constitute first and second-degree manslaughter under Minnesota law.

As seen on body cam video from April 11, 2021, officers with the Brooklyn Center Public Department pulled over Wright for a traffic stop. Officer Anthony Luckey began to handcuff him against the driver’s side of the car. He suggested Wright was about to resist.
#DaunteWright #KimPotter

OTHER WAYS TO WATCH LAW&CRIME NETWORK IN YOUR AREA:
https://lawandcrime.com/where-to-watch/ 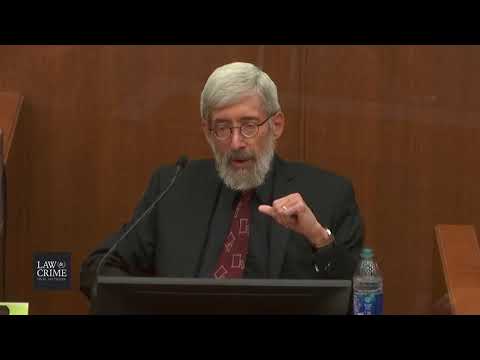