To commemorate the 80th Anniversary of the Battle of Midway, the Museum is honored to host a distinguished panel of three leading naval historians and experts on this pivotal battle. Hosted by the Museum’s Jenny Craig Institute for the Study of War and Democracy, this roundtable will go beyond the traditional recounting of the course of the battle, as the scholars dive deeper, looking at the leaders who were instrumental in the action and outcome, as well as the legacy and importance of the battle.

Trent Hone is an authority on the US Navy of the early twentieth century and a leader in the application of complexity science to organizational design. He studied religion and archaeology at Carleton College in Northfield, MN, and works as a consultant helping a variety of organizations improve their processes and techniques. Mr. Hone regularly writes and speaks about leadership, sense-making, organizational learning, and complexity. His talents are uniquely suited to integrate the history of the Navy with modern management theories, generating new insights relevant to both disciplines.

Jonathan Parshall saw his interest in the Imperial Japanese Navy develop early in his childhood. As an adult, that passion led him to create the foremost website devoted to the Imperial Navy, combinedfleet.com, which he founded in 1995. Parshall’s book, Shattered Sword: The Untold Story of the Battle of Midway, coauthored with Anthony Tully, is the definitive account of that pivotal battle in the Pacific. He has written for the Naval War College Review, the US Naval Institute’s Proceedings and Naval History magazines, World War II Magazine, Wartime (the journal of the Australian War Memorial), Flypast magazine, the Sankei Shimbun, and several overseas aviation publications. He has also illustrated numerous books on the Pacific war (including his friend Richard Frank’s MacArthur).

Craig L. Symonds is Professor Emeritus at the US Naval Academy, where he taught naval history for 30 years, including four years as History Department Chair. He also taught at Britannia Royal Naval College in Dartmouth, England. From 2017 to 2020 he was the Ernest J. King Distinguished Professor of Maritime History at the US Naval War College. He is the author of 17 books, including Decision at Sea, Lincoln and his Admirals, The Battle of Midway, Neptune: The Allied Invasion of Europe and the D-Day Landings, and, most recently, World War II at Sea: A Global History. His works have been translated into several languages and received numerous awards, including the Lincoln Prize, the Roosevelt Prize, and the Dudley Knox Medal for Lifetime Achievement. 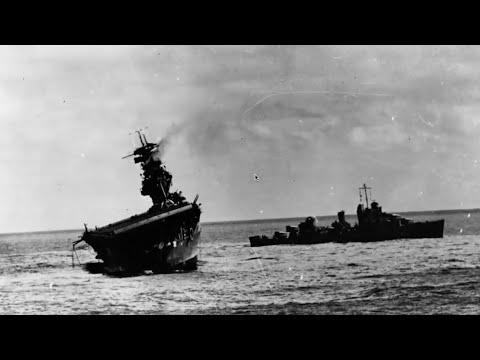