In line with the countrywide projects to improve connectivity, the Prime Minister laid the foundation stone of construction of five National Highway Projects to be built at a cost of more than Rs 1700 crore. The construction of these highways with a cumulative length of more than 110 kilometres, will be a major step to improve the road connectivity of the region. Another important infrastructure that will enhance seamless year-round connectivity to Silchar from Imphal and reduce traffic congestion, is the construction of Steel Bridge built over Barak River on NH-37 built at a cost of over Rs 75 crore. This Steel Bridge will be inaugurated by the Prime Minister during the Programme.

Prime Minister also dedicated, to the people of Manipur, 2,387 mobile towers built at a cost of around Rs 1100 crores. This will be a major step in further boosting the mobile connectivity of the state.

Prime Minister’s endeavour to provide clean drinking water to every household got a boost with the inauguration of the drinking water supply projects in the state. The projects being inaugurated by the Prime Minister include the ₹280 crore worth ‘Water Transmission system of Thoubal Multi-purpose project’, which will provide drinking water supply to the Imphal city; the Water Supply Scheme project by Water Conservation, for Tamenglong Headquarters built at the cost of Rs 65 crore, to provide safe drinking water to residents of ten habitations of Tamenglong district; and the ‘Augmentation of Senapati District Headquarter Water Supply Scheme’ built at a cost of Rs. 51 crore to provide regular water supply to the residents of the area.

In an effort to strengthen the health sector in the state, Prime Minister laid the foundation stone of ‘State of the Art Cancer Hospital’ in Imphal worth around Rs. 160 crore on PPP basis. This cancer hospital will greatly benefit the people of state in reducing the out of the pocket expenditure, who otherwise have to go outside the state for availing cancer related diagnostic and treatment services. Further, to boost the Covid related infrastructure in the State, Prime Minister will inaugurate ‘200 Bedded Covid Hospital at Kiyamgei’ which has been set up at a cost of about Rs. 37 crore in collaboration with DRDO.

A step towards realization of the Prime Minister’s relentless efforts for the rejuvenation and transformation of Indian cities, is the completion of multiple projects under the ‘Imphal Smart City Mission’. Prime Minister inaugurated three projects of the mission, developed at a cost of more than Rs 170 crore, including the Integrated Command and Control Centre (ICCC)’, ‘Development of Western Riverfront on Imphal River (Phase I)’ and ‘Development of Mall Road at Thangal Bazar (Phase I)’. The Integrated Command and Control Centre (ICCC) will provide a variety of technology based services in the city, including traffic management, solid waste management and city surveillance. Other development projects under the mission will boost tourism & local economy and provide employment opportunities.

The Prime Minister laid the foundation stone of ‘Centre for Invention, Innovation, Incubation and Training (CIIIT)’ to be built in the state at a cost of about Rs 200 crore. This project is the biggest PPP initiative in the State and will provide a boost to the Information Technology sector, besides creating employment opportunities in the state.

Prime Minister also laid the foundation stone for construction of Manipur Institute of Performing Arts at Gurgaon, Haryana. The idea of such a cultural institute of Manipur in Haryana was first mooted in 1990 but it could not materialize for the last many years. The institute will be built at a cost of more than Rs 240 crore and will promote the rich art and culture of the state. Further strengthening the rich cultural heritage of the state, the Prime Minister will inaugurate the refurbished and renovated Govindajee Temple at Imphal. He will also inaugurate the INA complex at Moirang that will showcase the significant role played by Indian National Army (INA) in India’s Independence Movement. 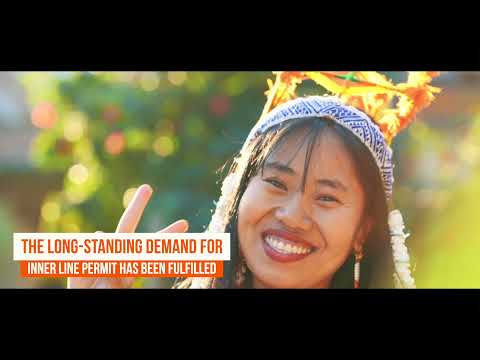