admin
Flexible Budget এই অংকটি খুব গুরুত্বপূর্ণ মনোযোগ দিয়ে করবেন। আশা করি কমন পড়বে। ভুল থাকলে ক্ষমা সুন্দর দৃষ্টিতে দেখবেন।
What is a flexible budget?
A flexible budget is a budget that adjusts to the activity or volume levels of a company. Unlike a static budget, which does not change from the amounts established when the budget was created, a flexible budget continuously "flexes" with a business's variations in costs. This type of budgeting often includes variable rates per unit rather than a fixed amount, which allows a company to anticipate potential increases or decreases in monetary needs.

Intermediate flexible budget
An intermediate flexible budget takes into account expenses that go beyond a company's revenue. Typically, this budget includes costs that are related to activity in addition to or rather than revenue. For example, a business's insurance policy costs may vary based on how many employees the company has and may increase if the company hires new employees. 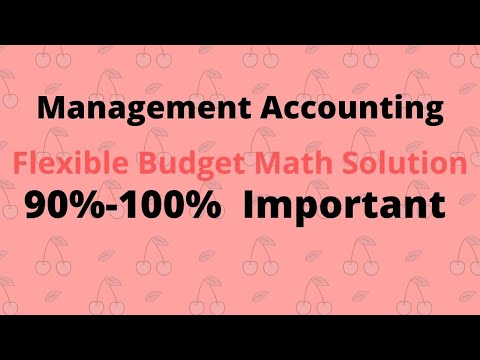