Man United’s blockbuster summer transfer window has brought with it heightened expectations, and nearly three years into the job, Ole Gunnar Solskjaer is yet to win any silverware as manager. This, along with some mixed early season form, has led to speculation that the Norwegian coach’s job is not as secure as it once was.

Despite signing a new three year contract in July, Solskjaer knows that without trophies, this season will be seen as a failure, especially after the club signed one of the best centre-backs in Europe, one of the continent’s most prestigious young talents, and one of the best attackers to play the game. And in recent weeks, Antonio Conte’s name has cropped up as a potential replacement should the worst happen and Ole be sacked.

According to Gianluca Di Marzio, the Italian coach “would accept” an offer from the Red Devils, having previously turned down Premier League rivals Tottenham after being unconvinced by the North London club’s project. But what would he bring to the Man United job? And would he be a good fit at Old Trafford? On today’s FD Explained, we aim to find out.

This is Football Daily - the home of Premier League fan analysis on YouTube. On this channel you'll find Sunday Vibes, Top 10s, Explained, Transfer Talk, Unfiltered, Winners&Losers and much more. If you love football as much as us then don't forget to subscribe! 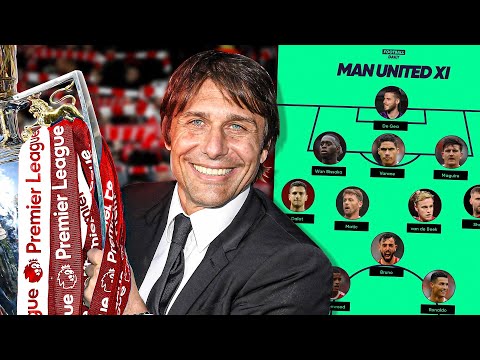