Grizzly bear #94, the bear that forged my path into bear management!

admin
Volunteering with a best friend and Conservation Officer for the first time back in 2006, I got to experience the bear aversion program in southern Alberta. On my first night we chased a young three year old female in and out of a campground, back then all I saw was an amazing grizzly, her number meant nothing to me. In years to follow, this bear, grizzly #94 was always there and quickly became my favorite bear. She was the perfect bear with the perfect demeanor for living in a park system full of park goers, she was so layed back and would move off when people got too close with absolutely no aggression.
Each year I returned to volunteer for longer stretches with the free ride along now in the distant past. I was now learning the ins and outs of the program, starting with telemetry to track and monitor all the bears in the valley. It quickly became my passion and I applied all my energy into learning all I could.
In 2011 there was a pivotable moment in which something happened that made me realize I wanted more than a few weeks a season. It was when GB# 94 showed up with her first cubs in late May. Watching them play and wrestle, even flirt with danger with the coyote in the video, was so adorable. But it was when we responded to a cub mortality on the back roads. Thinking the worst, and thinking the cub died from being struck by a vehicle, we find it and realize GB# 94 is without both cubs and distraught. After a quick and thorough investigation we determine both cubs were predated on by another bear, and with a massive male seen in the area it all becomes clear. This tragic moment upset me but somehow made my future crystal clear. While sad this was nature, and for me I wanted to dive into understanding bears and their behavior and somehow get involved on a fulltime scale.
The following season, 2012, GB# 94 emerged with three young of the year cubs and I was now involved as an employee with the bear contractor hired from Montana to work the grizzlies within this region of this southern Alberta park. For a bulk of that summer I got to work bears, and I was now being paid. This was the start of my future into bear management that led to a fulltime gig with GOA until the spring of 2020 until I resigned to spread my wings into bear management. Taking on roles with oil and gas in Alberta, as well as a company in the Arctic over the last two summers, (2020 & 2021) watching for barren land grizzlies and the possibilty of polar bears on and around the dew line sites.
In those early years I was surrounded with some of the top bear specialists in North America, being able to take their tricks and skills to mode my future after, essentially I took the best attributes from each individual I worked with eventually becoming one of the best aversion specialists in the country, and to all those that played a huge part, thank you!
But this all started because of this bear, GB# 94! With all the joy there is sadness as well. Late in 2013, her and her cubs encountered a male bear who took after her cubs. She put up a fight to save her cubs but lost her life in doing so. The two cubs that remained were able to den themselves as yearlings and became a staple in the valley for the following few years. GB# 94 was an amazing and special bear that I got to work with for parts of eight seasons, and her story prepaired me for the highs and lows of bear management and still is the driving force behind the last 17 years of doing this work.
Hope you enjoy this video on this iconic bear!

Grizzly bear #94, the bear that forged my path into bear management! 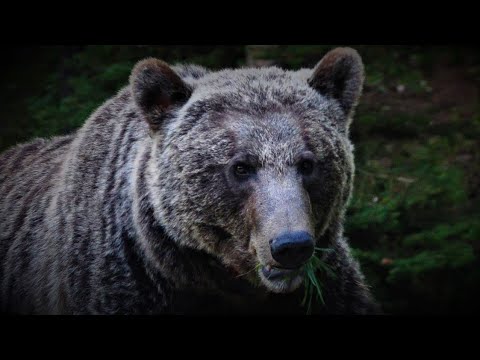 Volunteering with a best friend and Conservation Officer for the first time back in 2006, I got to experience the bear aversion program in southern Al...