admin
Engineers have long dreamed of creating a wonderful material that can revolutionize construction. In 2004, their dream came true. British scientists first created Graphene—one of the forms of nanocarbon that is only 0.3 nanometers thick—a million times thinner than a human hair, but it can withstand colossal loads! Many immediately predicted a great future for it, and a little later, scientists were given the Nobel Prize. However, mass adoption did not happen. And only now, after 15 years, the first real opportunities have appeared to use the material of the future in commercial projects. Super-substance is made from ordinary graphite, which consists only of carbon. Nevertheless, due to its special crystal lattice in the form of hexagons, graphene gains many unusual properties. For instance, it can be both a conductor and a semiconductor, which makes it sought after when creating chips with higher characteristics. But the substance gained great popularity in another area - construction. Scientists have found that graphene is 200 times stronger than steel! 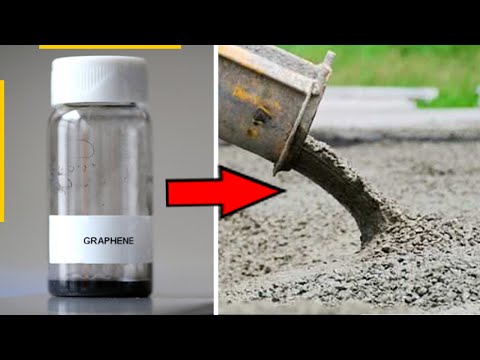 Engineers have long dreamed of creating a wonderful material that can revolutionize construction. In 2004, their dream came true. British scientists f...