The Montreal Canadiens managed to surprise everyone by blitzing the Nashville Predators to the tune of 6-3, including five straight goals to open the game.

The biggest reason they won however, was the play of Samuel Montambeault in the first period, who fended off a long series of incredible chances in a period dominated by Nashville.

In the second, the Canadiens pounced and chased Juuse Saros, but as fun as the game was, how much of a good feeling does it give the fanbase?

With the game well in hand, the team still didn't give much ice to young players like Cole Caufield, Ryan Poehling, and Mattias Norlinder. It sure seems like a wasted opportunity.

Also, we talked about officiating a lot, because it was BAD in this one. 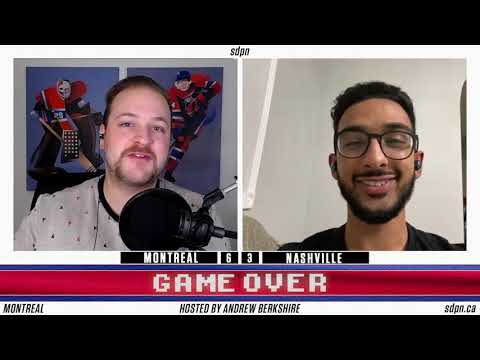 Andrew Berkshire is joined by Vancouver Canucks reporter for the Athletic; Harman Dayal. On twitter, you can follow Andrew at @AndrewBerkshire, and Ha...