admin
Leadership is about the ability to motivate people to challenge themselves and meet goals. Each of us has a personal and unique leadership style which can be attained and developed through a profound understanding of oneself, our core values, behaviours and actions. Coaching oneself towards finding his or her own leadership philosophy is a journey of self-development and continuous reflection. When coaches have a better understanding of their own qualities they are able to manage their team in a better way. When athletes gain this understanding, they are able to manage themselves better.

Femke Heemskerk is a Dutch competitive swimmer who mainly specializes in freestyle. She is a 4-time Olympian, having competed in 2008, 2012, 2016 and this past summer in Tokyo, Japan, collecting 4x100m free relay gold in Beijing, as well as silver in the same event in London 4 years later. Heemskerk most recently took gold in the women’s individual 100m freestyle at the 2020 European Championships. She owns the Dutch national marks in the 100m and 200m freestyle events in long course and the 200m free short course.
Alumna, Master in Coaching 2019.

James Rowe is an English Professional Football Manager and former Footballer. Currently a first team Manager at Chesterfield Football Club, previously managing Gloucester City AFC and Aldershot Town FC. James was awarded with the league's Manager of the Month award, as his side won six out of seven games and conceded zero goals in these wins. James also holds a UEFA A Licence
Alumnus, Master in Coaching 2016. 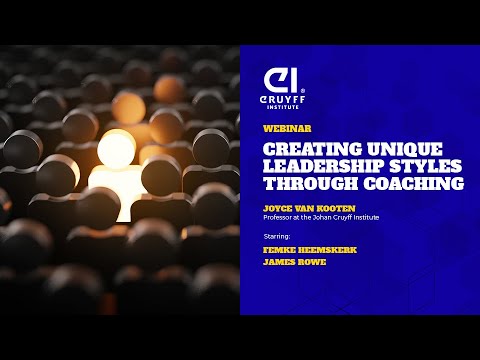 Leadership is about the ability to motivate people to challenge themselves and meet goals. Each of us has a personal and unique leadership style which...