admin
Fox News’ Laura Ingraham is against breaking Facebook up due to the native effects on children because the timing is suspicious due to Biden’s approval rating dropping. Ingraham also claims that no one asked to break up Facebook when the ‘liberals’ promoted: pron, drugs, gambling, gender-bending, and mask mandates. The Majority Report crew discuss how companies abuse power and the thought of Facebook suppressing conservative thought is untrue.

We stream our live show every day at 12 PM ET.

We need your help to keep providing free videos! Support the Majority Report's video content by going to http://www.Patreon.com/MajorityReport

Watch the Majority Report live M–F at 12 p.m. EST at youtube.com/samseder or listen via daily podcast at http://Majority.FM

SUPPORT the show by becoming a member: http://jointhemajorityreport.com
We Have Merch!!! http://shop.majorityreportradio.com

Sam Seder: all of these companies should be broken into tiny pieces or smaller pieces i mean just actually if I'm not going to be used hyperbole. What is fascinating is the way conservatives and would be conservatives so I'm including you know Greenwald not a conservative just an anti I guess anti-liberal, the way that they avoid any type of structural change and I know that Glenn has now in his tweets is starting to recognize because he's probably heard this criticism because he apparently spends all day online googling himself constantly. 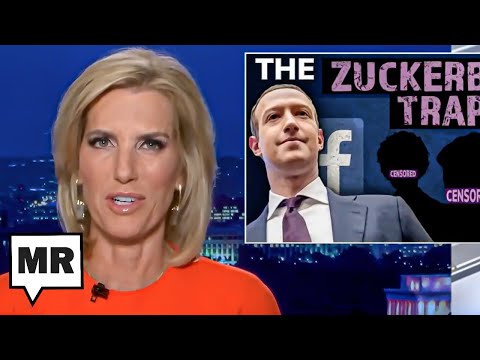 Fox News’ Laura Ingraham is against breaking Facebook up due to the native effects on children because the timing is suspicious due to Biden’s approva...