admin
► Tesla Model Y test body was spotted being unloaded from the trailer. However, although it is not uncommon to see the Model Y test body in places such as Giga Berlin and Gigafactory Texas, this particular 2022 Tesla Model Y body is particularly interesting.
You can immediately notice from the aerial footage that the new Model Y test body has no floor at all. Considering that the floor of the Model Y 2.0 test body seems to be assigned to a component that has not yet been seen, Tesla enthusiasts and other electric car proponents on social media said that the test body recently delivered to is intended to be constructed with a structural Tesla battery pack.
In the future, according to Tesla updates, the Tesla latest structured battery is likely to be promoted to Tesla’s entire car lineup, although the technology will be introduced into Tesla Model Y 2022, Elon Musk predicts that this electric car may become one of the world’s best-selling cars, EV otherwise. Considering that Giga Texas is expected to begin operations with Model Y 2022 production, and the drone flyover before the site hints at the construction of a 4680 battery production facility, Tesla may hope to launch an improved Model Y with 4680 cells sooner than expected.
► According to Tesla News, the company has begun production and delivery of Tesla Model 3 and Tesla new Model Y vehicles equipped with AMD-powered MCU3 infotainment systems in North America. In November, Tesla Giga Shanghai initiated the delivery of Tesla Model Y Performance. The Made in China (MIC) Model Y Performance is equipped with an AMD Ryzen graphics chip, and the new owner is happy to showcase the chip on social media.
In addition to the Ryzen chip, MIC Model Y Performance owners also revealed that their vehicles are equipped with 12V lithium-ion batteries such as Model S Plaid.
Photos posted by Teslascope on Twitter show that the newly delivered Model 3 and 2022 Tesla Model Y are also equipped with AMD Ryzen chips.
► According to Tesla Leaks, CEO Elon Musk has effectively exercised all the Tesla options he intends to expire next year. This may mark the end of Musk’s efforts to sell part of Tesla shares, which triggered a fall in the share price of the major electric vehicle maker.
Musk’s massive Tesla stock selloff began last month following a poll on Twitter that asked users of the social media platform if he should offload some of his holdings on the company. The poll ended with the results being overwhelmingly in favor of Musk selling about 10% of his Tesla shares.

RIGHT NOTICE: The Copyright Laws of the United States recognizes a “fair use” of copyrighted content. Section 107 of the U.S. Copyright Act states...This video and our youtube channel in general may contain certain copyrighted works that were not specifically authorized to be used by the copyright holder(s), but which we believe in good faith are protected by federal law and the fair use doctrine for one or more of the reasons noted in the Section 107. 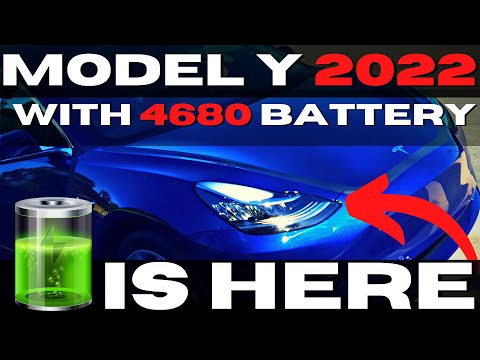