admin
Sen. Ron Johnson (R-Wisconsin) took the controversial step of hosting a round-table discussion on Capitol Hill Tuesday with those purportedly afflicted with crippling health problems due to vaccination against COVID-19. At a time when widespread discouragement of public skepticism about the safety of the vaccines is at a fever pitch, self-identified victims like those on Tuesday’s discussion claim they’re being muzzled and their voices suppressed as they’re accused of dishonesty and hypochondria. Attorney Michael Bixby shares his insights.

A number of on-duty firefighters are on unpaid leave after driving into the office of New York City officials in protest of the city’s unpopular implication of the Biden administration’s COVID-19 vaccine mandate. Medical professionals, airline workers, and teachers have also dropped out of the workforce in droves as the vaccine mandate exacerbates the citywide staffing shortage that has led to canceled flights and lawsuits brought against the city by police and firefighters. RT America’s Natasha Sweatte reports.

Plus, school boards are more partisan than ever, with national questions such as public mask mandates, critical race theory and other burning debates have communities sharply divided. Tennessee has passed a bill introducing a necessary partisan element to school board races Laurie Cardoza Moore of Proclaiming Justice to the Nations and former Georgia state Rep. LaDawn Jones join Scottie Nell Hughes to discuss the culture war controversies playing out in America’s schools and directed by its schoolboards.

Check out our other shows!

It’s her take on all things political and she presents ALL the angles: News.Views.Hughes with Scottie Nell Hughes, NVH: https://bit.ly/NVHSHOW

What’s your NEWS IQ? Give us 30 minutes, and we’ll take you across the globe! In Question with Manila Chan, IQ: https://bit.ly/IQ_SHOW

Steve Malzberg sinks his teeth into the slander, hypocrisy, bias and lies of MSM. MMM…Delicious! Eat The Press: http://bit.ly/EatThePress

Candid conversations with the most outspoken guy in Hollywood! Dennis Miller + One!
Dennis Miller Plus One: http://bit.ly/DennisMillerPlusOne

Let our TV time-machine bring you the week’s highlights and a closer look at the BIGGEST stories, Just Press Play: http://bit.ly/JustPressPlayShow


Author and social critic Chris Hedges conducts fascinating in-depth interviews with the fiercest critics of the establishment. Watch all episodes at https://bit.ly/2QIkQZg

Yep, it’s Gov. Jesse Ventura and you’re living in his WORLD! Come along for the ride.
The World According To Jesse: http://bit.ly/WATJSHOW

They’re watching you. Are you watching them? Are you WATCHING THE HAWKS?
Watching The Hawks: http://bit.ly/WTHSHOW

Follow the twists and turns of the global economy with Boom Bust, the one business show you can’t afford to miss. Boom Bust: http://bit.ly/BoomBustShow

Do you keep missing the forest for the trees? Let Holland Cooke show you the Big Picture, The Big Picture: http://bit.ly/TheBigPictureShow 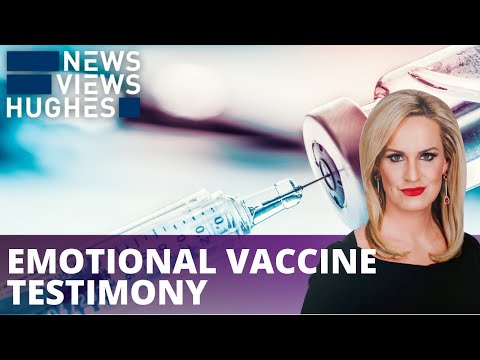