Disruptive Innovations to save the earth | Dr. A Sivathanu Pillai | TEDxRUAS

admin
Founder CEO & MD of BrahMos Aerospace, Dr A. Sivathanu Pillai with the words "dream big," encourages the audience to find their cape in considering the protection of this joyful globe with our innovations. He speaks about the world's current trajectory and means of sustainable development with the use of technology. Well-known as a defence technologist in the world, Dr Pillai has been recognised by many prestigious engineering and management institutions with Fellowships. He educates the audience on how important innovation is and what a powerful tool it can be to lead a better life. Dr.A Sivathanu Pillai is an Indian scientist who formerly served as Honorary Distinguished Professor at Indian Space Research Organisation (2015-2018)and an honorary professor at IIT Delhi in the Department of Mechanical Engineering (2015-2016) and a Visiting Professor at Indian Institute of Science (2014-2015).
He formerly served as Chief Controller of Research and Development from year 1996 to 2014 and held the rank of "Distinguished Scientist" from year 1999 to 2014 at the Defence Research and Development Organisation at the Ministry of Defence of the Republic of India.He is also the founder-CEO and managing director of the BrahMos Aerospace Private Limited. This talk was given at a TEDx event using the TED conference format but independently organized by a local community. Learn more at https://www.ted.com/tedx

Disruptive Innovations to save the earth | Dr. A Sivathanu Pillai | TEDxRUAS 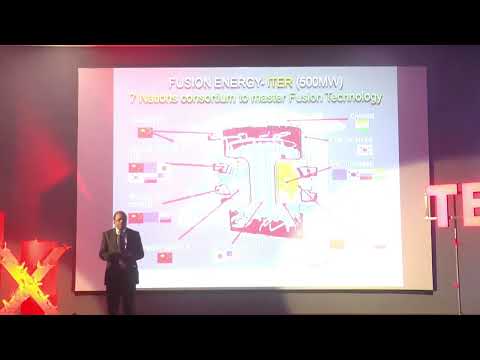 Founder CEO & MD of BrahMos Aerospace, Dr A. Sivathanu Pillai with the words "dream big," encourages the audience to find their cape in cons...