admin
It is the end of December 2021 and we are in an economic and social transition period of historical dimensions. For almost two years now, almost all countries in the world - regardless of whether they are dictatorships or parliamentary democracies - have by and large been following the same agenda.

This global synchronization shows that there is a force that has more power than any of the currently around 200 governments on our planet. This force has a name: it is the digital-financial complex. At its head are the five largest IT companies in the world on the digital side: Apple, Alphabet, Amazon, Microsoft and Meta, formerly Facebook, and on the financial side the largest asset managers, BlackRock and Vanguard.

But how exactly could this complex become so powerful and how does it manage to assert its interests around the globe at the same time?

That still applies, but no longer exclusively. Since the use of computers and the triumphant advance of the Internet as part of the 3rd industrial revolution, there has been a second base of power, namely data. Whoever has data has power and whoever has large amounts of data has a lot of power.

However, anyone who, like IT companies, organizes the data flows of entire industries and also those of governments in the context of digitization, gets an additional insight into their innermost being - and can thus make them dependent and in this way also submissive.

It is precisely this process that has resulted in the large IT corporations being far above all other companies and governments in the world. Whether armaments, food, pharmaceuticals, energy or media - all these industries and all state institutions, including the secret services, are now on the drip from the digital corporations, which have also built up their own global media power with social networks.

The financial industry, on the other hand, which is always on the lookout for new investment opportunities, has promoted this process from the start and is now involved in all leading IT groups through its most powerful representatives - the large asset management companies. Since it is also dependent on them at the same time, both are merged in this way into a kind of community of interests.

BlackRock and Microsoft provide a particularly vivid example of this: BlackRock uploaded its data analysis system Aladdin, by far the most important database in global finance, to Microsoft's Azure cloud in April 2020, so it is now dependent on Microsoft for data. Microsoft, in turn, is a public company and therefore dependent on its largest shareholders, and these are none other than Vanguard and BlackRock, with Vanguard also being the largest shareholder in BlackRock.

So much for the emergence of the new world power. But how exactly does the digital-financial complex enforce its interests? Which mechanisms and which channels does it use?

The most important strategic role is played by the central banks, which officially gave up their independence at the latest in the world financial crisis of 2007/08. Since then, Blackrock has been advising the two largest central banks in the world, the European Central Bank (ECB) and the American Federal Reserve. Blackrock has a decisive say when it comes to distributing the huge sums of newly created money in the financial sector ... read more here: https://bit.ly/3exavaC 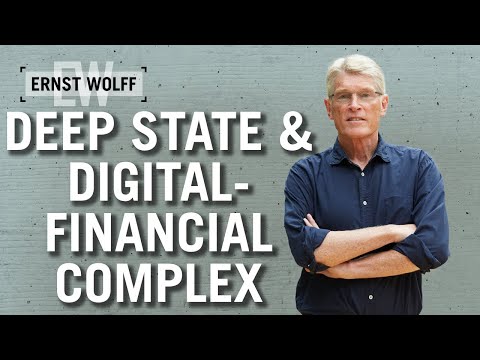 It is the end of December 2021 and we are in an economic and social transition period of historical dimensions. For almost two years now, almost all c...