Over in Nigeria, the death toll following the collapse of a building under construction in Lagos two days ago has risen to 22.
Citing a National Emergency Management Agency official, Reuters reports that several bodies were recovered overnight... and nine people were pulled out alive.
According to the state government, there had been some infractions during construction earlier this year, but did not say whether those had been rectified.
The state's chief architect has been suspended indefinitely... and the government launched an investigation to find out what caused the disaster. 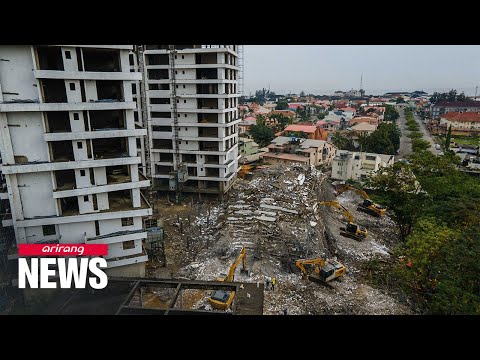