admin
Police Minister Bheki Cele released crime statistics yesterday which painted a grim picture. The new stats show that South Africa remains a violent country. But did the men and women in blue contribute to the crime stats? According to Viewfinder, IPID's database of 47 000 complaints against the police, including details pertaining to more than 3 000 killings. A new Police Accountability Tracker dashboard, which houses this data, allows anyone in South Africa to home in on their police station and to gauge what contribution officers there have made to the caseload, and body count. The data reveals the extent to which police officers implicated in violent crimes in South Africa escape accountability. Viewfinder's prior investigations have shown that this is often due to inaction from SAPS discipline officials, who exploit the loopholes within police discipline regulations to undermine watchdog findings and protect their colleagues from consequences for their actions. The viewfinder is an accountability journalism project in South Africa that does long-term investigations into abuses of power that impact the public interest. We are now joined by Viewfinder Editor Daneel Knoetze. 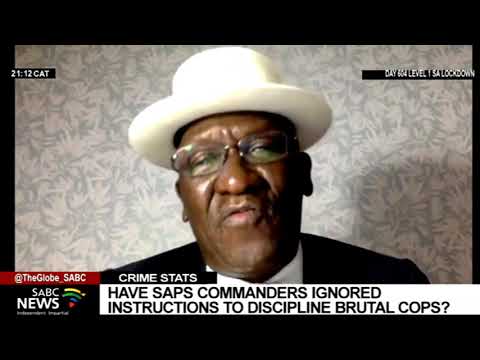