Circadian Dice is a game inspired by single-player deck-building games, but instead of upgrading a deck, you build up a set of dice!

Support the channel on Patreon to gain a bunch of different rewards:
http://patreon.com/retromation

A cosmic entity has twisted time into an endless cycle. By observing the repeating patterns, the entity intends to destroy all uncertainty and ultimately control reality.

In Circadian Dice, you control a group of heroes that have managed to step outside this unnatural cycle, and are now setting out to find and destroy its source. You will need to overcome a series of skirmishes by upgrading your dice to bend chance in your favor, and strategically using your limited resources to defeat your enemies.

While the heroes and their dice are restored to normal after each scenario (whether they die or succeed), any upgrades, relics, abilities, and modifiers that you have unlocked persist - so your tools are constantly improving! The better you perform in battle, the quicker you will build your arsenal and progress through the game towards your ultimate goal to break the loop and save the universe. 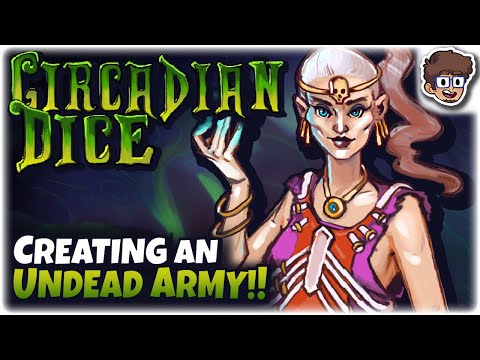 Get & Review Circadian Dice OUT NOW ON STEAM: https://store.steampowered.com/app/1893620/Circadian_Dice/ If you want more episodes, like, comment, and...