Central Banking and its Discontents: The Role of Monetary Policy in Contemporary Capitalism (2/5)

The international conference “Central Banking and its Discontents: The Role of Monetary Policy in Contemporary Capitalism” is organized by the University Witten/Herdecke and will take place on July 11-13 at the Heinrich-Böll-Foundation in Berlin.

Imagine capitalist institutions as hardware and economic ideas as software. If we take specific governance institutions and techniques as being ‘regime dependent’ - that is - dependent upon the specific model of growth that typifies a particular period - then do periods of regime change render specific governance technologies/combinations of hardware and software, redundant? If, for example, the shift from wage led to profit led growth in an environment of inflation necessitated the ‘hardware modification’ of independent central banks in the 1980s and 1990s, does the new inflationary environment of today, which is far different from that of the 1980s, make central banks core agents once again? Or does it render them redundant?

Central Banking and its Discontents: The Role of Monetary Policy in Contemporary Capitalism (2/5) 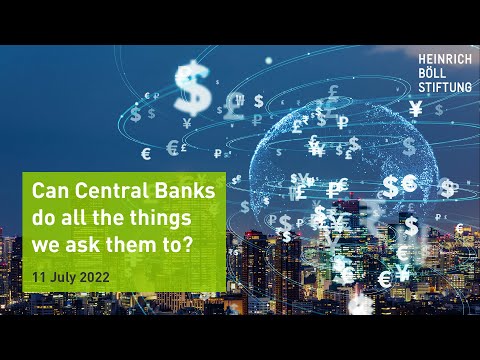