Building a Result Driven Organization: Management Lessons From the World of Football

Highlights:
When Ferran Soriano was a younger executive who walked into the office of the famous Barcelona Football Club 10 years ago, he was told by the CEO at the time, "Boy, I'm going to give you one advice, don't come in here with your business ideas, your business sense -- this is about luck."

But taking to the stage on the second day of The UAE Government Summit on Tuesday to talk about 'Building a Result-Driven Organization: Management Lessons From the World of Football', Soriano, now CEO of English Premier League's Manchester City Football Club, points out that that advice wasn't totally true.

"It's about common sense. The same management tools, intelligence, and hard work that you use in your business and in the public sector," he quips, expounding on how, in some instances, luck does play a role in the success of a large organisation, but one has to "work very hard to have the opportunity to be in the finals."

If customers are fans, employees are a team, the leader is a coach, then any service organisation could be considered a football club -- that was the theme of Soriano's talk today.

He highlighted key managerial concepts adopted by Manchester City Football Club to build a result-driven organisation and shared the key lessons learned for the government to enhance its service delivery performance.

Soriano expounded on how there has been a paradigm shift in the industry surrounding the sport, stating that 20 years ago, it was the same as a circus, you get the money from the people going to the stadiums to watch the game, but this has changed dramatically to include income sources from marketing and television contracts.
"The industry is growing everywhere. It's growing in Europe, in the Middle East, it's growing in Asia," he said.

Global expansion has segmented the industry into two: local and global clubs that have their own fans, markets and competition. Soriano revealed how the English Premiere League, the biggest league in the world, is at least double the size of its nearest competitor, the German league. The two biggest clubs, Madrid and Barcelona, discovered 10 years ago that "the market was not Spain; the market is the world."
The former Barcelona FC CEO also noted four ideas from football that can be adapted to public service: a formula for a winning team, leadership, the value of having values, and when to take decisions.

For Soriano, there are two key factors in building a winning team, commitment and balance. Commitment to him is "an inner force of people who want to win. They focus and they truly want to win. You don't buy this commitment in any job with money". On the other hand, he stresses the importance of balance, recalling the huge swing in performance of the 2006 and 2007 Barcelona teams.

He attributes this fall from grace in a slight reduction in commitment, noting that "in a competitive environment as football, a slight decrease in commitment means losing," but more so because of the team losing balance due to internal turmoil. He made an example of how a single interview of a role player in a small town broke the balance of the 2006 championship team and made the headlines, highlighting how balance is extremely frail.
To attain and maintain this balance, Soriano says that everyone needs to know what he needs to do and accept this. This may be difficult for stars or seniors, but to succeed, this commitment is what it takes to maintain balance.

As far as leadership, Soriano believes that "you have to choose your leadership style depending on what your team needs," noting that though it is counter-intuitive, it is necessary and that you should make your choice dependent on the levels of commitment and talent of your team and organisation.

He also illustrated three archetypes of players or colleagues, celebrating the visionary who takes risks, appreciating the value of the prudent realist while recognising the necessity of the doer willing to sacrifice for, and carry the team.

The City FC CEO believes that an organisation needs to have fundamental values -- simple ideas that need to be inculcated into all levels of the organisation.

Lastly, he talks about the importance of when a decision is made, noting that excellent managers make the decision before the curve.

Building a Result Driven Organization: Management Lessons From the World of Football 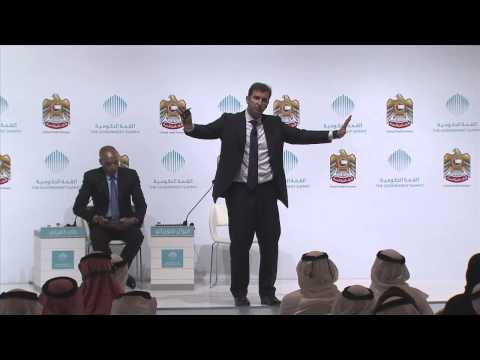