Boris Johnson: We can trust the police

admin
Boris Johnson said on Friday that "I do believe in the police", after ex-police officer Wayne Couzens was given a whole life sentence for the kidnap, rape and murder of Sarah Everard while he was serving in the Metropolitan Police.

Couzens, 48, this week was sentenced to life in prison without the possibly of parole after pleading guilty to Everard’s abduction and murder.

Evidence presented during the his sentencing showed that he used his police identification to stop 33-year-old Sarah Everard on March 3, 2021, then handcuffed her, threw her in the back of a car and drove her to a remote location where he raped and strangled her.

Suggestions that earlier offences may have been overlooked have further stoked outrage in the Metropolitan Police and its management, which has been scrambling to regain trust after the sentencing.

Mr Johnson said he had full confidence in the management of the Metropolitan Police, but also said authorities should "address the issues going on within the police force", such as officers sharing innapropriate and violent content on "WhatsApp groups".

Get the latest headlines: https://www.telegraph.co.uk/

Telegraph.co.uk and YouTube.com/TelegraphTV are websites of The Telegraph, the UK's best-selling quality daily newspaper providing news and analysis on UK and world events, business, sport, lifestyle and culture.

Boris Johnson: We can trust the police 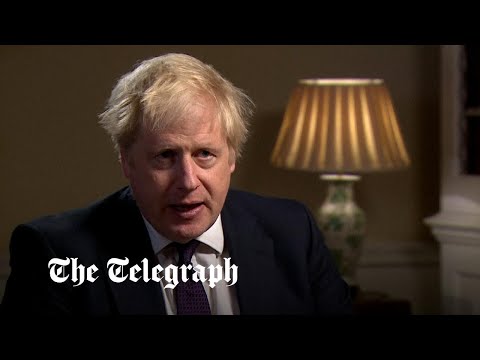 Boris Johnson said on Friday that "I do believe in the police", after ex-police officer Wayne Couzens was given a whole life sentence for th...