admin
The United Nations-Food and Agriculture Organization, The National Fisheries Authority and the Manus Provincial Administration has now partnered together to work with a tribal group in Bipi Island of Manus Province and their People to implement a Community Based Fisheries Management Project.

It is a pilot Project

The Chief, Development Law Service, Legal Office of the United Nations—Food and Agriculture Organization, Blaise Kuemlangan says in summary, the project is aimed at supporting the Bipi Islanders to conserve and protect their Marine Resources.

He adds, the project will be governed by the The Bipi Topwi Council which is a tribal governing group consisting of clan chiefs and clans’ representatives representing all 14 clans in Bipi Island.

Kuemlangan outlined that the UN-FAO funded project has 3 main outputs which includes “To Mobilize, Organize and Recognize the Topwi Tribal Council of Bipi Island, secondly is To improve the capacity of the community to carry out awareness and monitoring programs, and To see best practices that can be replicated to help the government to formulate a strategy on Community Based Fisheries Management for other coastal communities 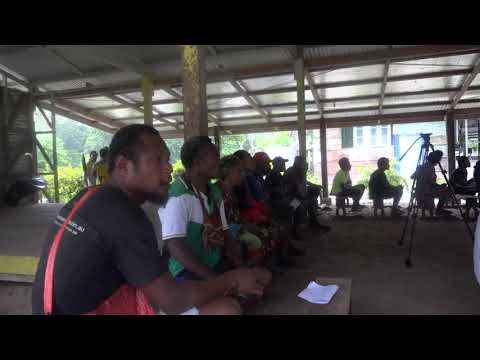 The United Nations-Food and Agriculture Organization, The National Fisheries Authority and the Manus Provincial Administration has now partnered toget...