Back to village-4 programme, a milestone in good governance:Administrative Secretary Nazim Zai Khan

Nazim Zai Khan, Secretary, Department of Disaster Management and RRR, today visited farflung Surinder Panchayat Halqa in Arin Block of the district as a visiting officer under the Ambitious Back to Village -4 to assess the development parameters of the Panchayat.
He while, speaking on the occasion outlined the essence of government's Outreach Programme and said that it a milestone in the
governance system.

Nazim Zai interacted with the officers, PRIs, Public and frontline workers on a variety of public issues and sought feedback from the public on various developmental parameters of the Panchayat.

He laid Foundation stone of Foot Bridge, to be constructed at an estimated Cost of 15.85 lacs. Inspection of under- construction tourist hut was also made by him during the visit.

Back to village-4 programme, a milestone in good governance:Administrative Secretary Nazim Zai Khan 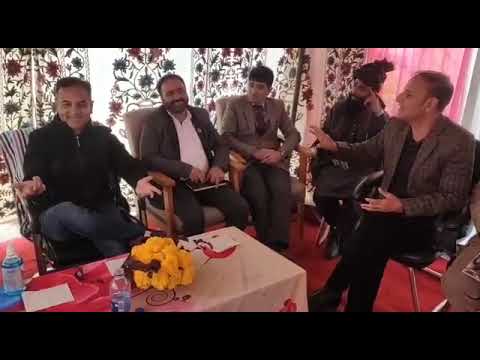