admin
Automation.
Introduction.
In the general aviation community, an automated aircraft is generally comprised of an integrated advanced avionics system consisting of a primary flight display, a multifunction display including a GPS with traffic and terrain graphics, and a fully integrated autopilot. This type of aircraft is commonly known as an advanced avionics aircraft.
More pilots now rely on automated flight planning tools and electronic databases for flight planning rather than planning the flight by the traditional methods of laying out charts, drawing the course, identifying navigation points, and using the pilot’s operating handbook to figure out the weight and balance and performance charts.
There is a fear that pilots fail to see that automation is a double-edged sword. Pilots need to understand the advantages of automation while being aware of its limitations. Experience has shown that automated systems can make some errors more evident while sometimes hiding other errors or making them less obvious. In 2005, the British Airline Pilots Association raised concerns about the way airline pilots are trained to depend upon automation. The current training leads to a lack of basic flying skills and inability to cope with an inflight emergency, especially mechanical failures.
Realities of Automation.
Advanced avionics offer multiple levels of automation from strictly manual flight to highly automated flight. No one level of automation is appropriate for all flight situations, but in order to avoid potentially dangerous distractions when flying with advanced avionics, the pilot must know how to manage the course deviation indicator, navigation source, and the autopilot.
In advanced avionics aircraft, proper automation management also requires a thorough understanding of how the autopilot interacts with the other systems. For example, with some autopilots, changing the Horizontal Situation Indicator from GPS to VOR while the autopilot is engaged in NAV, causes the autopilot’s NAV mode to disengage.
Enhanced Situational Awareness.
An advanced avionics aircraft may offer increased safety with enhanced situational awareness. Although aircraft flight manuals (AFM) explicitly prohibit using the moving map, topography, terrain awareness, traffic, and weather datalink displays as the primary data source, these tools nonetheless give the pilot unprecedented information for enhanced situational awareness.
Consider the pilot whose navigational information management strategy consists solely of following the magenta line on the moving map. He or she can easily fly into geographic or regulatory disaster if the straight line GPS course goes through high terrain or prohibited airspace or if the moving map display fails.
Pilots en route to La Paz reached what they thought should be La Paz, but which was later estimated to have been approximately 30 NM away. They attempted to execute the published approach but were unable to tune the VOR radio, so they used instead the VLF to guide them on an impromptu approach. They were unable to gain visual contact with the runway environment due to in-cloud conditions despite the reported weather being clear with unrestricted visibility. Then they proceeded to their alternate about 1½ hours away. Although they attempted to align themselves for the runway, the aircraft ran out of fuel. After exiting the aircraft relatively unscathed, they found out they landed in Corumba, Brazil.
A good strategy for maintaining situational awareness of information management should include practices that help ensure that awareness is enhanced by the use of automation, not diminished. Two basic procedures are to always doublecheck the system and conduct verbal callouts. At a minimum, ensure the presentation makes sense. Was the correct destination fed into the navigation system? Callouts—even for single-pilot operations—are an excellent way to maintain situational awareness, as well as manage information.
Other ways to maintain situational awareness include: • Performing a verification check of all programming. Before departure, check all information programmed while on the ground. • Checking the flight routing. Before departure, ensure all routing matches the planned flight route. Enter the planned route and legs, to include headings and leg length, on a paper log. Use this log to evaluate what has been programmed. If the two do not match, do not assume the computer data is correct, double check the computer entry. • Verifying waypoints. • Making use of all onboard navigation equipment. • Matching the use of the automated system with pilot proficiency. Stay within personal limitations. • Planning a realistic flight route to maintain situational awareness. • Being ready to verify computer data entries. For example, incorrect keystrokes could lead to loss of situational awareness because the pilot may not recognize errors made during a high workload period. 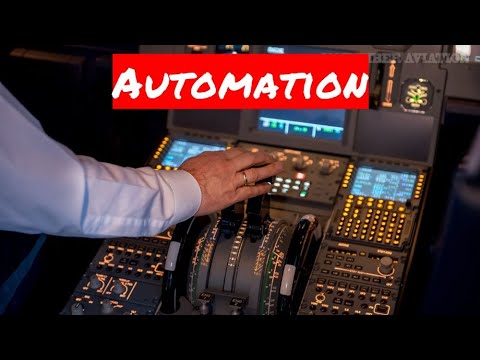 Automation. Introduction. In the general aviation community, an automated aircraft is generally comprised of an integrated advanced avionics system co...