Modern society is based on positive expectations towards the future, above all within the framework of an imperative of progresses. Losses disappoint this narrative of progress, though: losses of status, of meaning, of control or of the belief in the future itself. The result is a paradoxical constellation of losses which is typical of modernity: This society wants to reduce losses and increases them at the same time. It systematically seeks to make experiences of losses invisible and at the same time develops certain forms of 'doing loss‘ like nostalgia and risk calculation. Not at least in connection with climate change, but also with a general more catastrophic outlook on societal development, in late-modern society, the problem of losses gains an extraordinary prominence. The aim of the presentation by Andreas Reckwitz is to develop an outline of a sociology of loss.

Paul Kottman, Professor of Comparative Literature and chair of Liberal Studies at The New School for Social Research, will introduce Reckwitz and moderate a discussion.

In 2019, he was awarded the Leibniz Prize of the German Research Foundation. In 2017 he received the Bavarian Book Prize, in 2020 he was shortlisted for the Leipzig Book Fair Prize, and in 2021 he received the Academy Medal of the Heidelberg Academy of Sciences. From 2012 to 2020 he was a member of the advisory board "Education and Discourse" of the Goethe-Institut.

Presented in cooperation with the DFG German Research Foundation, 1014: Space for Ideas and Thomas Mann House. 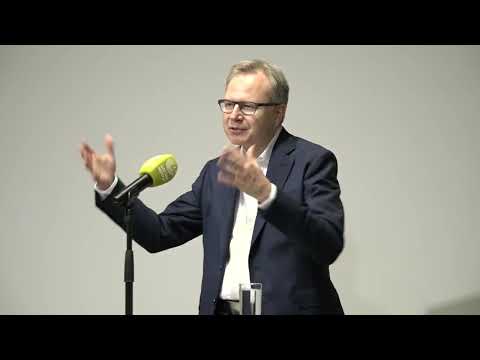