Freelance journalist Vladimir Vorobyov posted the photo of E-8C while it flew in Ukrainian airspace.

The E-8C aircraft was spotted over Ukraine for the first time.
The E-8C Joint Surveillance Target Attack Radar System, or Joint STARS, is an airborne battle management, command and control, intelligence, surveillance and reconnaissance platform. Its primary mission is to provide theater ground and air commanders with ground surveillance to support attack operations and targeting that contributes to the delay, disruption and destruction of enemy forces.
The E-8C is a modified Boeing 707-300 series commercial airframe extensively remanufactured and modified with the radar, communications, operations and control subsystems required to perform its operational mission. The most prominent external feature is the 27-foot (8 meters) long, canoe-shaped radome under the forward fuselage that houses the 24-foot (7.3 meters) long, side-looking phased array antenna.

The radar and computer subsystems on the E-8C can gather and display detailed battlefield information on ground forces. The information is relayed in near-real time to the Army and Marine Corps common ground stations and to other ground command, control, communications, computers and intelligence, or C4I, nodes.

The antenna can be tilted to either side of the aircraft where it can develop a 120-degree field of view covering nearly 19,305 square miles (50,000 square kilometers) and is capable of detecting targets at more than 250 kilometers (more than 820,000 feet). The radar also has some limited capability to detect helicopters, rotating antennas and low, slow-moving fixed wing aircraft.

As a battle management and command and control asset, the E-8C can support the full spectrum of roles and missions from peacekeeping operations to major theater war.
Ukraine has long played an important, yet sometimes overlooked, role in the global security order. Today, the country is on the front lines of a renewed great-power rivalry that many analysts say will dominate international relations in the decades ahead.

In recent elections, Ukrainians have clearly indicated that they see their future in Europe, but the country continues to grapple with extreme corruption and deep regional rifts that could impede its path. Meanwhile, Russia’s aggression in Ukraine has triggered the greatest security crisis in Europe since the Cold War. Though the United States and its allies have taken significant punitive actions against Russia during the seven-year-old conflict, they have made little headway in helping to restore Ukraine’s territorial integrity. A buildup of Russian military forces along the border with Ukraine in late 2021 stoked fears that Moscow is preparing for a large-scale invasion of its neighbor, although the Kremlin has denied this.
Why has Ukraine become a geopolitical flash point?
Ukraine was a cornerstone of the Soviet Union, the archrival of the United States during the Cold War. Behind only Russia, it was the second–most populous and powerful of the fifteen Soviet republics, home to much of the union’s agricultural production, defense industries, and military, including the Black Sea Fleet and some of the nuclear arsenal. Ukraine was so vital to the union that its decision to sever ties in 1991 proved to be a coup de grâce for the ailing superpower.

In its nearly three decades of independence, Ukraine has sought to forge its own path as a sovereign state while looking to align more closely with Western institutions, including the European Union and the North Atlantic Treaty Organization (NATO). However, Kyiv has struggled to balance its foreign relations and to bridge deep internal divisions. A more nationalist, Ukrainian-speaking population in western parts of the country has generally supported greater integration with Europe, while a mostly Russian-speaking community in the east has favored closer ties with Russia.

Ukraine became a battleground in 2014 when Russia annexed Crimea and began arming and abetting separatists in the Donbas region in the country’s southeast. Russia’s seizure of Crimea was the first time since World War II that a European state annexed the territory of another. More than fourteen thousand people have died in the conflict, the bloodiest in Europe since the Balkan Wars of the 1990s.

For many analysts, the conflict marked a clear shift in the global security environment from a unipolar period of U.S. dominance to one defined by renewed competition between great powers
What are Russia’s interests in Ukraine?
Russia has deep cultural, economic, and political bonds with Ukraine, and in many ways Ukraine is central to Russia’s identity and vision for itself in the world. 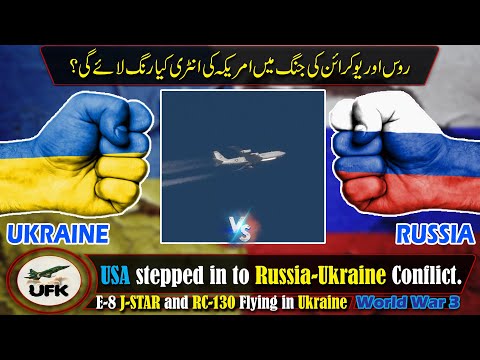