Brief Details regarding Dalaan Architecture:-
Crossed-arch domes are one of the earliest types of ribbed vaults. In them the ribs are intertwined forming polygons. The earliest known vaults of this type are found in the Great Mosque of Córdoba in Spain built in the mid 10th century, though the type appeared later in places as far as Armenia or Persia. This has generated a debate on their possible origin; a historical outline is given and the different hypotheses are discussed. Geometry is fundamental part and the different patterns are examined. Though geometry has been thoroughly studied in Hispanic-Muslim decoration, the geometry of domes has very rarely been considered. The geometrical patterns in plan will be examined and afterwards, the geometric problems of passing from the plan to the three-dimensional space will be considered. Finally, a discussion about the possible structural behaviour of these domes is video. 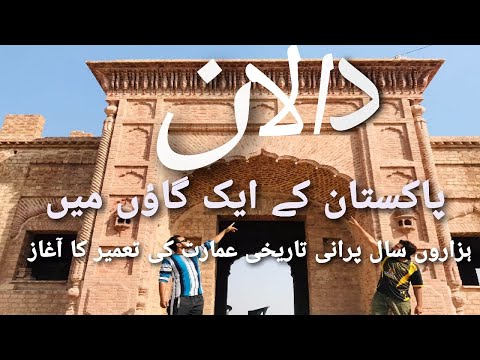 Biography: Dr. Amjad Waheed DauLa (Phd Scholar, Comparative Study & Islamic thoughts and civilization). He was ex-Dean of School of Advance Study at U...