5 Managers Who Can SAVE Manchester United!

With Ole Gunnar Solskjaer on the ropes, and Antonio Conte having been hired by rivals Tottenham, today we’re taking a look at four managers who could turn fortunes around at Man United!

Mauricio Pochettino has long been admired by the Man United ownership, as well as influential figures like Sir Alex Ferguson. Zinedine Zidane has also been linked, with his ability to keep a team of superstars happy at Real Madrid a big plus. But despite enjoying good relations with Raphael Varane and Cristiano Ronaldo, and garnering the respect of a number of top players, he has never expressed an interest in managing in the Premier League.

We also assess Erik ten Hag, who since being hired by Ajax in 2017 has tranformed them into one of Europe’s most exciting clubs again. Could he be the man to truly shake things up at Old Trafford. And speaking of innovators, Graham Potter’s name has also been mentioned – would the step up from Brighton to United be too steep, or is he just the kind of manager the Red Devils need?

This is Football Daily - the home of Premier League fan analysis on YouTube. On this channel you'll find Sunday Vibes, Top 10s, Explained, Transfer Talk, Unfiltered, Winners&Losers and much more. If you love football as much as us then don't forget to subscribe!

5 Managers Who Can SAVE Manchester United! 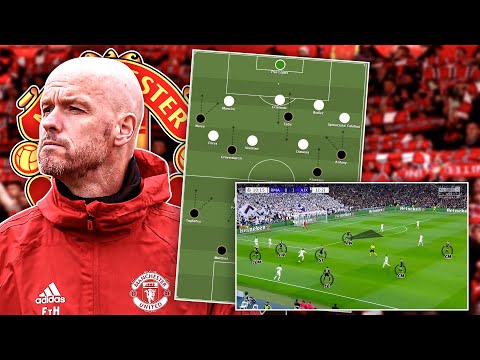 ► SPONSOR THIS VIDEO: [email protected] With Ole Gunnar Solskjaer on the ropes, and Antonio Conte having been hired by rivals Tottenham, today...