About Speaker:
Dr. Prabhakar is Associate Professor (Archaeology), at Indian Institute of Technology, Gandhinagar since September, 2020, he was formerly Director (Exploration & Excavation and Institute of Archaeology) at the Archaeological Survey of India from August 2018 to September 2020.

A professional archaeologist, from 2011 to 2014 Dr Prabhakar conducted excavations at Rupnagar (Punjab) and Karanpura (Rajasthan), both of Harappa culture. Earlier (2009–2011), he was responsible for the exploration, excavation, conservation and preservation of 166 nationally important heritage structures, including the World Heritage Properties of Ajanta and Ellora Caves. He also headed the Institute of Archaeology, ASI’s academic wing, imparting education in archaeology, heritage management and museology.

Dr Prabhakar obtained his Degree in Doctor of Philosophy (2013) from Kurukshetra University, India, on Burial Practices of the Harappans with Special Reference to Sanauli Excavation.

Abstracts of the lectures:
Structural Temples of India: Their Origin, Development and Diversification

The origin of edifices for various religious faiths of the Indian subcontinent may be traced as early as the mid-first millennium BCE, even though tangible evidences are lacking from the archaeological context. The excavated temple at Besnagar near Vidisha, with an inscription of Heliodorus datable to second century BCE, attests to construction of such temples. The low-relief sculptural panels from Sanchi also illustrate the nature of wooden architecture during the second century BCE, almost all of which have disappeared. Temple construction received an impetus towards the start of the Gupta period (fourth century CE) and gradually transformed into an elaborate architectural style, embellished with both brick and stone. The building styles permeated soon into different parts of the subcontinent, with constant patronage from various dynasties. Distinct architectural styles evolved, however maintaining a basic concept in both horizontal and vertical embellishments of the temples. This presentation will trace the origin and development of structural temples, their uniqueness as well as similarities.

Abstracts of the lectures:

The establishment of rock-cut edifices started in third century BCE in the Nagarjuni hills of Bihar. With the spread of Buddhism, rock-cut structures for chaityas (temples) and viharas (monasteries) soon became a norm across various parts of India to accommodate the monks during the varshavasa (retreat during the rainy season). Maharashtra became the epicentre for such edifices from the second century BCE, which continued until 12th century CE. The architectural style was soon adopted by other religious faiths like Hinduism and Jainism, and excellent evidences from Badami, Mahabalipuram and Vettuvankoil illustrate the spread and popularity of such styles. The culmination of rock-cut architecture is witnessed at Kailasa, Ellora. The influence of structural temples on such edifices can be seen as the styles soon merged together. The influence of different architectural schools is also evidenced as political equations often resulted in the patronage of artisans, sculptors and architects from rival regions. Even though rock-cut architecture continued up to the 15th century CE in a few places like Panhale Kazi, structural edifices took over the once popular and dominating rock-cut architecture. This presentation will trace the origins, spread and influence of various architectural styles of rock-cut architecture in India. 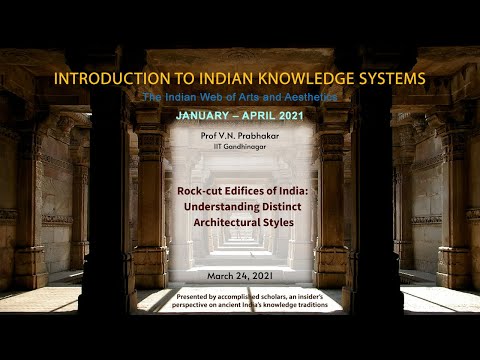